ALBUQUERQUE, N.M.- Like many kids, Casey Harrison missed out on a lot over the last 12 months.

He wasn’t able to see his friends at school for months after COVID-19 hit New Mexico.

"It was really hard. Everyone kind of missed each other, and I gotta be honest, I lost a lot of motivation for school," he said.

Casey goes to school at UNM Hospital, where he is treated for epilepsy.

"I’m actually been doing a lot better," he said. "I haven’t had a bad seizure in like a year and a half now." 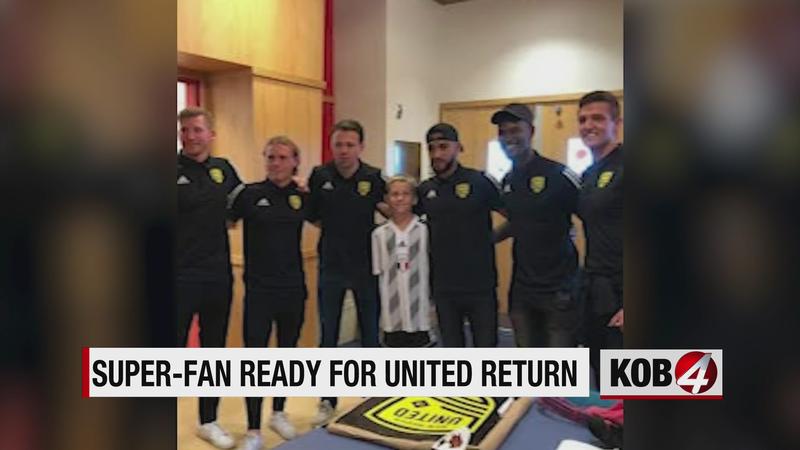 One of the things he missed most over the last year was not being able to go to New Mexico United soccer games.

He’s a huge United fan. He met the players when he visited UNM Hospital in October 2019.

"I look up to the team a lot. I became a really big fan when they came to the hospital because not only are they really good at soccer, but they’re such an inspiration and they’re so nice to us," he said.

Casey was not able to get tickets to Saturday’s game. However, he will be watching the game online, and hopes to see them in person soon.