Birmingham, a life-long New Mexican, spent 14 years at UNM, and he faced challenges he never anticipated.

"They had to go through the COVID experience," Birmingham said. "Sixty days of lockdown, scattered throughout practice time and weightlifting."

Prior to the pandemic, Birmingham had the death of a player to navigate his team through. 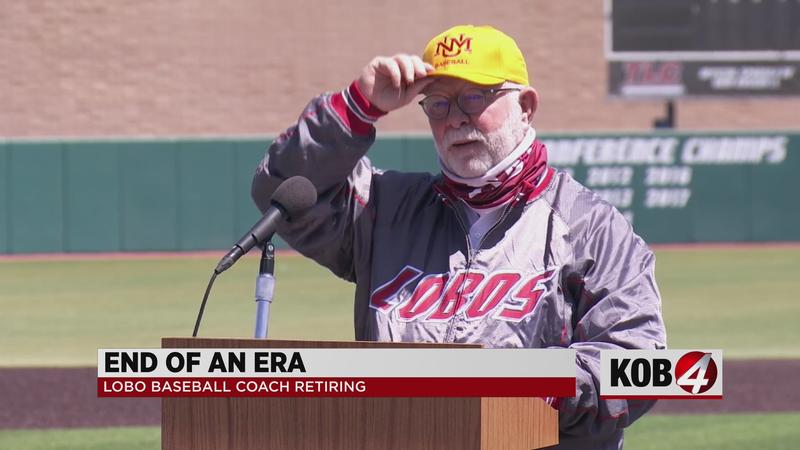 Weller was shot and killed after an altercation in Nob Hill in 2019.

Birmingham has a reputation of being a great baseball coach, but others know him as a person making a huge impact in the community.

Birmingham reminded people Monday that his job was not just to coach baseball.

"I’m an educator, this is education," he said. "We lose sight of that sometimes."

Birmingham leaves the Lobos as the winningest baseball coach in the state.

He said he will spend his time away from the game with his family.

"I’ve been away for a long time. When you were doing something special, I was somewhere else. I’m here now," Birmingham said while speaking to his family.

UNM Athletics Direct Eddie Nunez said Birmingham will be staying on as a UNM ambassador after the season to help with fundraising for the Athletics Department.