ALBUQUERQUE, N.M. — On Tuesday, the UNM Board of Regents approved a tuition hike that will increase tuition by 2.2% for in-state students, and 5% for out-of-state students.

Officials said the increases are necessary to help pay for things like certain programs and financial aid.

"You know, much needed resources to help maintain the quality of our programs while providing additional student aid,” said Norma Allen, director of UNM Budget Operations.

The increase is expected to generate $2.3 million. Ten percent, or $230,000, will go directly toward financial aid for students in need.

One UNM regent said they want more information about what else the increase will pay for. 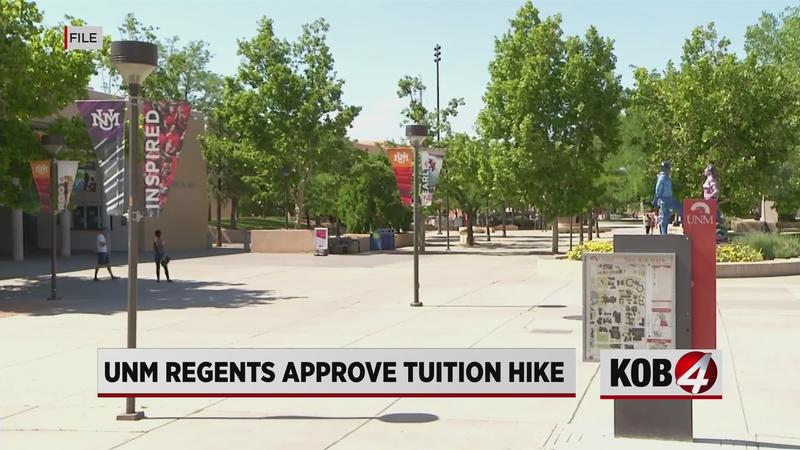 "It’s not that maybe it’s not a good idea or bad idea. I just feel like we as a board haven’t had enough conversation about the overall strategy of the institution for me to feel comfortable with a tuition increase,” said Kimberly Sanchez Rael, vice president of the UNM Board of Regents.

Those who were against the move also pointed out that other places, like New Mexico State, voted against increasing tuition this year. However, other regents said those institutions had higher tuition increases in previous years, and that UNM is taking the slow and steady approach.

"And if we forgo any tuition increase, well all-around costs are rising. We have to have more police, we have to more staff—they’re all in mandates that come down. If we go a year without increasing our tuition, that’s lost forever because everything compounds out,” said Douglas Brown, president of the UNM Board of Regents.

Even though the regents approved the increase, they said they will discuss student fees and the overall budget during their meeting in May.