UNM hit their three-balls much better in this game, stepping up to turn turnovers into points early on.

Makuach Maluach had a team high of 17 points during the game, followed by Saquan Singleton and Isaiah Marin, who were both tied for 13 points.

The Lobos were outshot at the free throw line, missing 13 of 28 free throws.

The two teams will face off again Friday night. 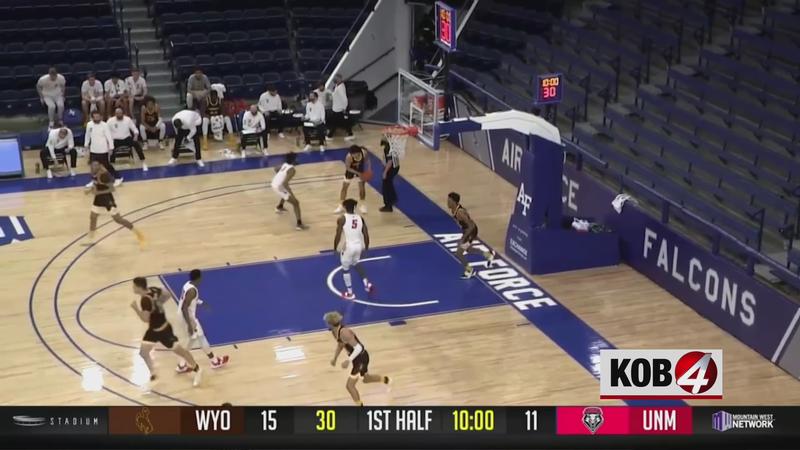 =====
THE LOBOS SHOT THE 3-BALL MUCH BETTER IN THIS GAME…WE KICK TO JEREMIAH FRANCIS IN THE CORNER AND HE HITS THE 3-POINTER…LOBOS ON A 10-NOTHING RUN…
=====
TURNING TURNOVERS IN POINTS…LOBOS GET THE STEAL UP THE FLOOR TO ROD BROWN AND THE LOBOS ARE CLIMBING BACK INTO THIS GAME…
=====
MAKUACH PLAYED WELL AND HE GETS THE MID-RANGE JUMPER..HE FINISHED WITH 17…BUT THE LOBOS WERE OUTSCORED BY 9-POINTS IN THE OVERTIME PERIOD AND THEY FALL 83-TO-74…SAME TWO TEAMS FRIDAY NIGHT…