ALBUQUERQUE, N.M. – The University of New Mexico has a scrappy bunch of hockey players that – against all odds – are now gaining national recognition. The champion spirit they are embodying goes back long before their record-setting season.

The man behind Lobo hockey is colorful in more ways than one. He will stop at nothing to try and to make the high desert a hockey hotbed.

"I had a dad who just decided to tell me to go for it all the time, with fashion," said Grant Harvey.

Harvey is known around the rink for his style.

"I’m known for being booed or cheered for it and either way, I’m fine for it,” said Harvey. “Sometimes it’s a little loud for people. I don’t mind being the distraction. A lot of the times I go on the road and a lot of people will really razz me. And I go, I’ll take the heat, just don’t razz my players."

He has been a part of 15 straight winning seasons for the University of New Mexico. First as a player – now as a coach. And you won’t find a bigger advocate for his kids.

"They’re true 505 players out there. Which makes us a true hometown team. "75% of the team, grew up, born and bred Albuquerque, Los Alamos, Taos guys, Santa Fe guys. That’s what makes this impressive."

Lobo hockey is not an NCAA sport – while it is affiliated with UNM, they don’t have the full-funding Division 1 teams have. So when Harvey is not thinking about coaching, he’s thinking about paying referee dues.

"It’s probably the hardest check I have to write. I’d rather write a check to the IRS," Harvey said.

Fundraising, private donors and some really good players have helped propel this team into the national spotlight this year.

Harvey hopes to keep the momentum rolling and grow the game for future Lobos and beyond. 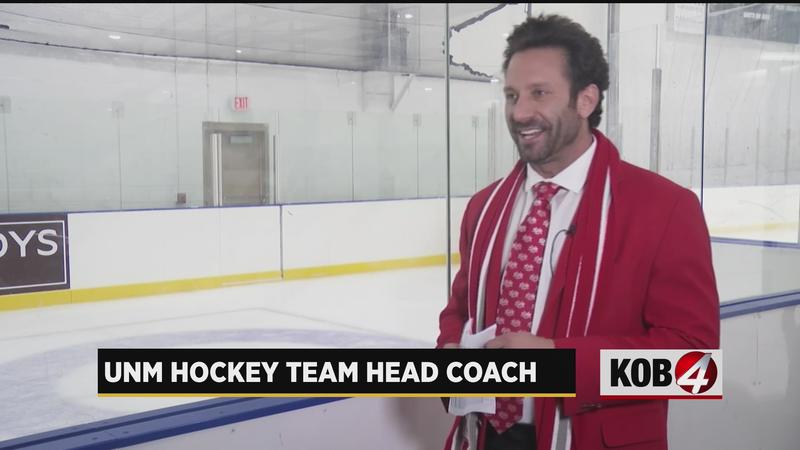