ALBUQUERQUE, N.M.- Taxes aren’t exempt from the impact of COVID-19.

"The pandemic has really upended life for a lot of people," said Reilly White, associate professor of finance at UNM.

White said people who received unemployment in 2020 should be aware that the benefits are taxed on both the federal and state level.

"You’ll receive a form called a 1099-G. You can also go online to the IRS website and this you can use to help your gross income for the year," Reilly said.

Money pulled from a 401K or an IRA is also taxable. 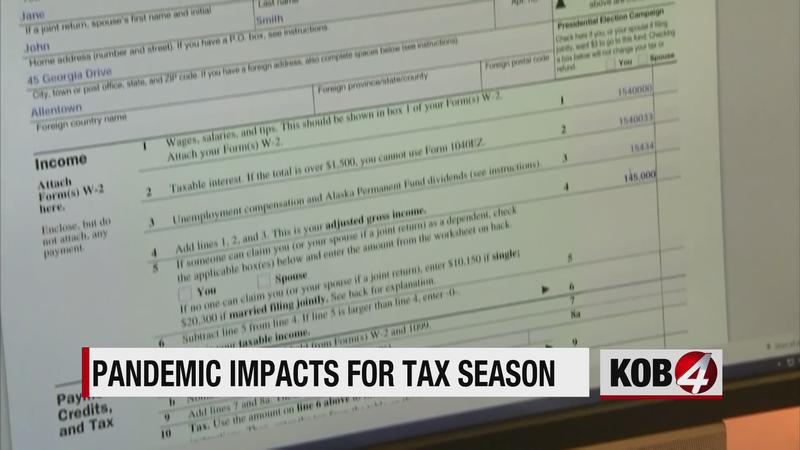 "A lot of people, indeed perhaps as many according to one survey, as many as 1/3 of Americans took out money from their 401K or IRA before they turned 59 ½ this year," Reilly said. "Now you can take money out through a special provision through the CARES Act, there was no extra fee for doing so. But that counts as taxable income."

Reilly said people who worked from home also likely won’t be able to deduct some of their expenses.

"If you didn’t qualify in the previous year you probably won’t qualify this year," he said.

However, Reilly added that the stimulus checks are not tax-deductible.

There are also opportunities to save. Reilly said people who made less money in 2020 than they did in 20219 can apply for a "Recovery Rebate." He also said it’s easier this year to get back money for charitable donations, without having to itemize all the deductions.