UNM Regents to vote on proposed tuition hike next week

ALBUQUERQUE, N.M. — The University of New Mexico is waiting to receive an extra $10.8 million from the state after lawmakers passed House Bill 2 during the 60-day legislative session.

Assuming the governor will sign the bill, UNM officials said the extra money will put them up about $2 million in the black. However, UNM’s budget leadership team said in order to do that, they’d also have to increase tuition with the hopes that enrollment stays the same or—worst case scenario—decrease slightly.

"Basically, the BLT brought these recommendations to the president and that’s what we’re bringing forward to you is a lot of vetting and a lot of information was given to these committees and presented,” said Norma Allen, director of UNM Budget Operations.

"I think it’s incredibly tone-deaf for us to even consider a tuition increase during this time,” said Mia Amin, ASUNM President.

School officials said the money will pay for inflation, compensation increases and fund other initiatives. They said the move would generate about $2.3 million and that 10% would go back to students that qualify for financial aid.

"So about $230,000 will be transferred to our student aid to pay for scholarships and assist students who are in need and need assistance paying tuition and fees,” Allen said.

The finance committee is also recommending changing the way student fees are handles when it comes to health care and athletics.

The UNM Board of Regents are expected to vote on the plan next week. 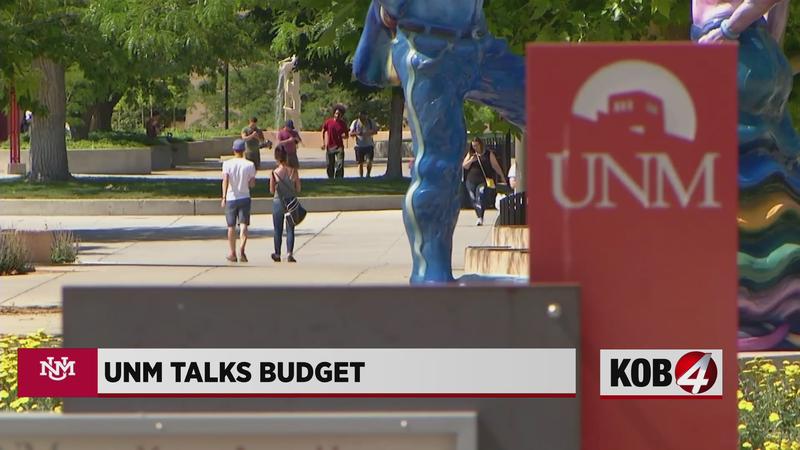