ALBUQUERQUE, N.M. — A group of UNM researchers may have worked out a way to grow chile and other fresh produce on other planets.

“Arts and sciences has biology, engineering has computer sciences, and electrical and mechanical and civil, actually, engineering and the School of Architecture and Planning— all that came across campus to work together to really be a cohesive team,” said David Hanson, a UNM biology professor.

That interdisciplinary team, known as the Chili House, came up with an idea that could potentially bring chile to outer space.

“We had this idea of putting sensors on plants so plants could tell robots when they need to be watered, so then you could grow plants on the Moon or on Mars, and they have these automated robots that will go and take care of them,” said Matthew Fricke, a UNM researcher.

That would allow for plants to grow without the assistance of people to look after them.

“The scope of our project is so large that only one discipline cannot accomplish that, and we need multiple disciplines to accomplish what we’re trying to achieve,” said Biraj Silwal, a UNM researcher.

Fricke said their team name was inspired by the Land of Enchantment.

“Astronauts really miss fresh food, and they really miss out the chile peppers in particular,” he said.

“The New Mexico chiles are needed for their spice because astronauts get their heads all sort of stuffy because the water doesn’t drain out, so it feels like they got a cold, so you want that for the spice and you want that for also the nice extra flavor and nutrition,” Hanson added.

The Chili House worked on this project throughout the pandemic. They said the virtual aspect helped them connect with team members across the country. However, there were some drawbacks.

“Custom parts that were specific to the Swarmie robots that we didn’t have access to because they were locked up in the labs. And so that was, that was a big hurdle for us because I had to essentially work with what I had. You know, Martian-style kind of thing,” said Carter Frost, with Cabrillo College.

This week, the UNM Chili House won a major award.

“We got to pitch our overall project to talk about all the different components to judges from NASA and involved in the NASA MINDS projects, and they selected ours out of the seven finalists to be one of the most inspiring and overall well-designed projects,” said UNM senior Stefany Olivas.

The students earned a $5,000 check, but the New Mexico pride didn’t end there.

“Of the 14 teams, right, seven undergraduate and seven graduate teams that got invited to be a finalist on this, six of those were from New Mexico higher education institutions,” Hanson said. 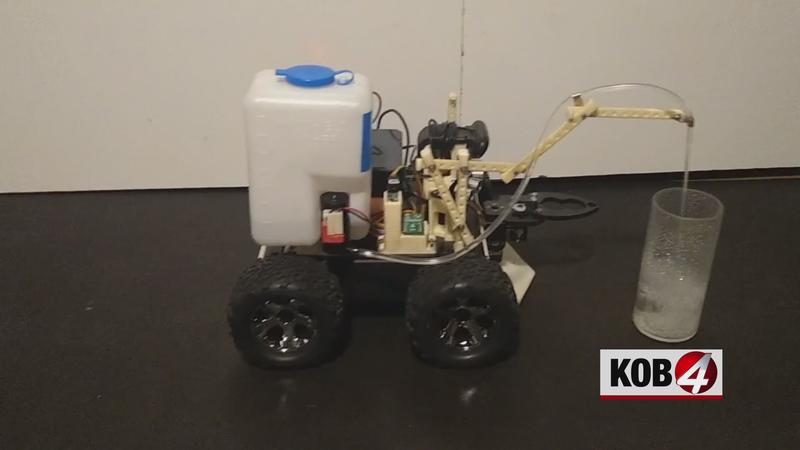