ALBUQUERQUE, N.M. – Researchers at UNM Hospital are hoping a new brain treatment could help some of the state’s veterans.

The new clinical trial is focused on traumatic brain injures, and researchers just got millions of dollars in funding to see if the treatment works.

Since 2000, there have been more than 400,000 traumatic brain injuries reported among U.S. service members, according to the Defense and Veterans Brain Injury Center.

Now UNM researchers are looking for affected veterans who deal with on-going cognitive symptoms as part of a three-year research project.

Quinn says they just got $4 million from the Department of Defense to do this. They’re looking at how two non-invasive brain stimulation can treat mild traumatic brain injuries:

"We have the stimulator which provides electromagnetic energy which goes through a coil that’s placed on a patient’s head, they can sit there comfortably," Quinn said. "And the coil delivers an electromagnetic field that passes through their head into their brain."

He says the pulses cause the brain to behave differently and those cognitive issues will hopefully start to improve. He says before this, rehab therapy and medications were the go-tos for treatment.

"Our hope is that this noninvasive brain stimulation will be able to accelerate the cognitive rehabilitation process with minimal side effects."

Quinn says they’re currently working with the ABQ VA Hospital for this, they’re also working with another site in Minnesota who are researching on VA patients there. 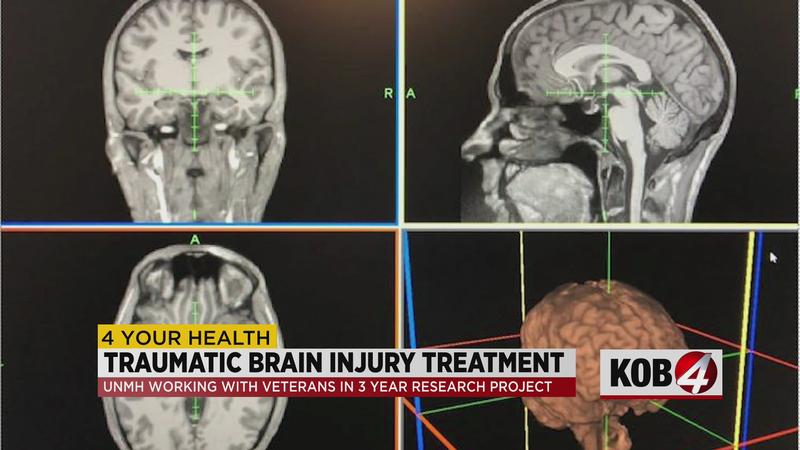