ALBUQUERQUE, N.M.- Scientists at UNM have discovered a new variation of the coronavirus in New Mexico.

The number of cases it’s showing up in has been increasing over the last few months.

It doesn’t have a specific place of origin, but the scientists said the virus is mutating independently more often in New Mexico and Louisiana.

The research started when the pandemic did right around March. 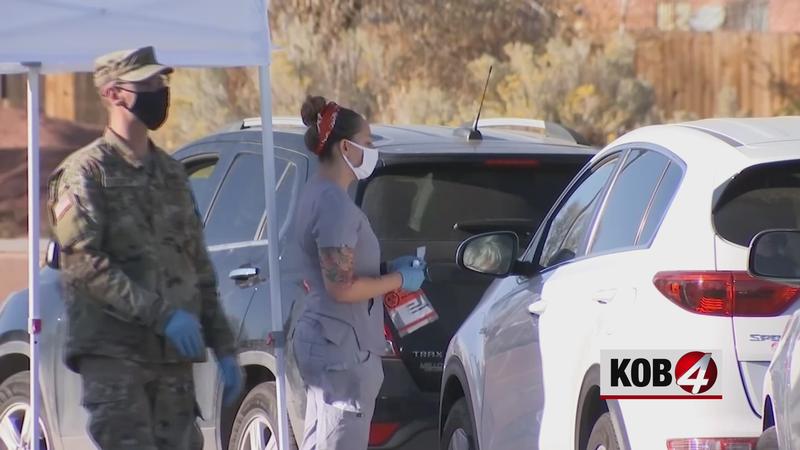 “There’s lots of information that we can get from this,” said Domman. “So just like we can build up a family tree of our parents and so forth, we can do that with the virus. So we can essentially start answering questions like who infected whom, but also, are cases related to one another? Yes or no? So lots of epidemiological questions directed toward transmission chains.”

Domman said they are looking at the genomic sequence of about 1% of all positive cases in New Mexico. Between December 2020 and January 2021, they discovered the mutated virus, Q677P, in 11% of the specimens.

“There have been a little over 500 of those found in the entire world and more than 90 of them were from here in New Mexico,” said Dinwiddie.

The mutation targets the spike protein, the area that allows a virus to enter in and infect a person.

“This appears to be something that is occurring around the world in the virus and that is kind of an indication that it may be providing some benefit to the virus,” said Dinwiddie. “That’s why we’re continuing to see this occur.”

Dinwiddie and Domman said right now, there’s no evidence to suggest its more contagious. They say there’s also no evidence that the mutated version of the virus is more deadly.

“Other things that are very important to continue to monitor with this is how do the vaccines that are currently being distributed, are they able to target this strain, and currently we have no evidence to suggest that these vaccines will not work against this strain,” said Dinwiddie.

In terms of where they are finding the variant, and in whom, those researchers said they do not have access to that information. That is where the partnership with the Department of Health comes in. We reached out to the department but never heard back.