ALBUQUERQUE, N.M. — In two days, the UNM women’s soccer team will kick off the NCAA tournament.

Defense had been a strength for the Lobos this season.

The team has achieved seven straight shutouts so far.

Keeper Emily Johnson discussed her team’s mindset heading into the first round against Navy.

"I don’t think it matters what opponents we face moving forward. I think our mentality of just winning and blocking shots and stepping to loose balls, whether it’s in the offensive box or defensive box—we’re just going to be ready moving forward for any game," she said. 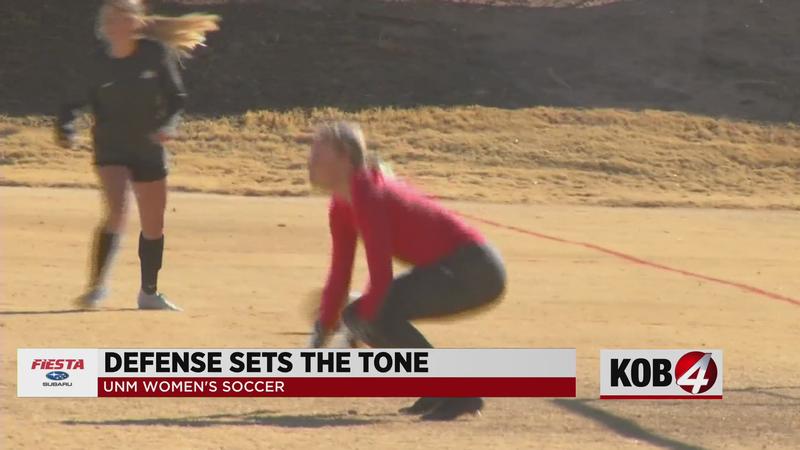