ALBUQUERQUE, N.M. – At least one UNM official is questioning whether it’s time to start checking the vaccination status of fans entering The Pit.

“Why it is there were no requirements either for the vaccine or COVID testing before we invited 15,000 people into the largest indoor venue in New Mexico, which is The Pit?" said Schwartz.

Schwartz said any decision on the question made by regents should not be political. Others argued that putting a vaccine requirement in place would be viewed as such.

“I respect everyone who made comments yesterday, especially Regent Schwartz,” said Nunez.

Right now, fans are required to wear a mask inside The Pit. And for now, that mask requirement is all that will be in place.

“Can things change? Absolutely, they can change,” Nunez said.

Fewer people have been attending games at The Pit this year. In fact, Nunez said UNM Athletics is projecting it will come up short on basketball ticket sales.

Nunez did not promise regents the Athletics Department would be able to make up for the slump.

"If you get some good news, you could still make the budget for this year? It’s going to be a challenge."

“The number one priority here is to make sure everyone is healthy and that we don’t have an outbreak or anything that could cause us to go backwards.” 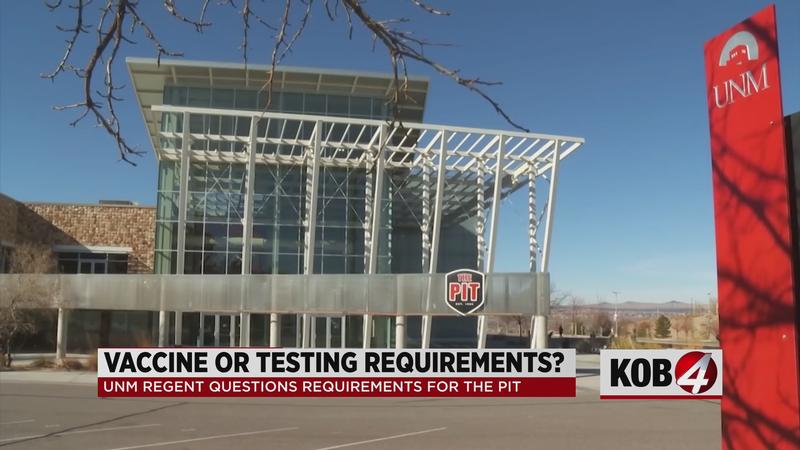