ALBUQUERQUE, N.M. — March Madness is just getting started, and UNM women’s basketball is hoping for a chance to join the big dance.

The NCAA women’s tournament field will be announced Monday.

Despite spending almost the entire season on the road, the Lobos had a 15-4 record and were Mountain West regular season champs.

The conference title automatically gets the Lobos an invitation to the WNIT postseason tournament.

The Lobos would love for the chance to play in the NCAA tourney for the first time since 2008. 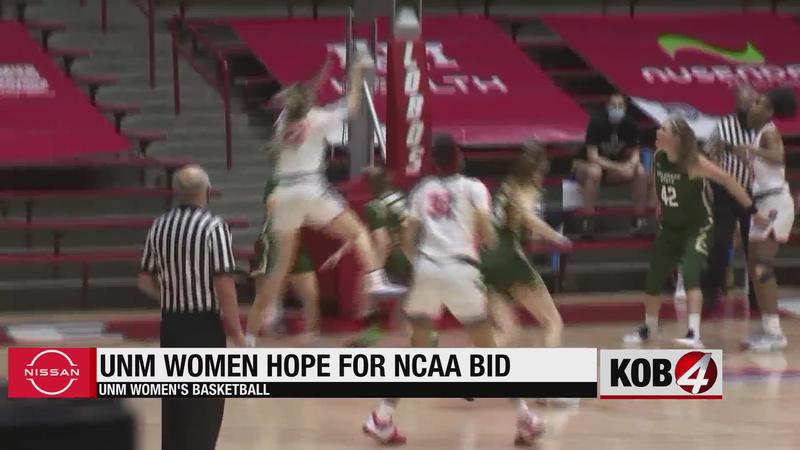