UNM trailed for most of the game. Navy scored in the first 30 seconds of the game. However, Alesia Garcia tied the game for UNM with a goal in the second half.

After no team scored in overtime, the game went to penalty kicks.

UNM missed their first penalty kick. However, Emily Johnson saved two penalty shots and every other UNM player made their kick to lift Lobos to victory. 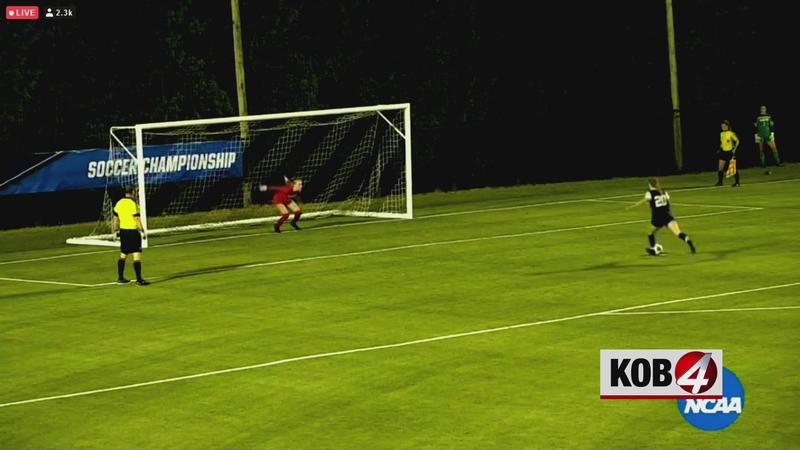 The Lobos play TCU on Friday.

The penalty kick of a lifetime for @madihirschman