ALBUQUERQUE, N.M. – As Albuquerque Police Department investigates its 99th homicide, it is important to recognize the ripple effect gun violence has on the whole community.

Health care workers, especially, are already stretched thin because of the pandemic and are struggling.

"We see the impacts that it has on the patients, on their families and, for the people that survive, how it impacts their lives as they continue forward," UNMH Emergency Department Chair Dr. Steve McLaughlin explained.

McLaughlin was appointed to the chair position in 2012. He began working at New Mexico’s only level one trauma center after receiving his M.D. from Mayo Medical School in 1995 and completing his residency at UNMH.

According to McLaughlin, gun violence should be treated as a public issue, just like COVID-19 is. 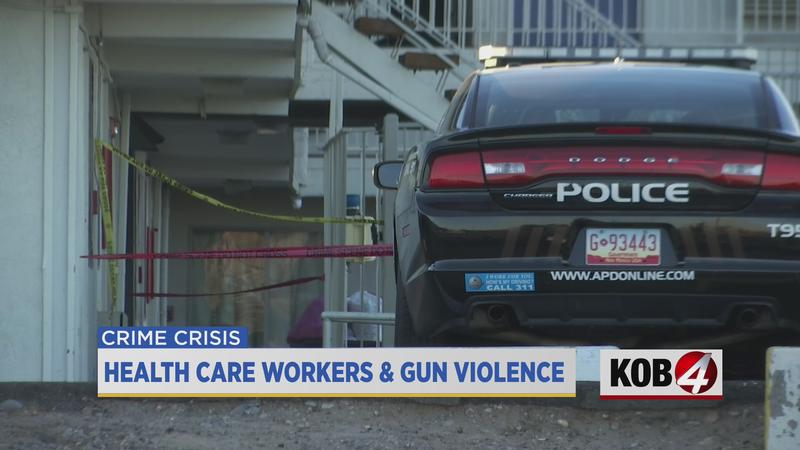 "When I started, I would say it was a once-a-week event where we would have someone brought in with a gunshot wound," Dr. McLaughlin said. "Now, it’s almost every day that we’re seeing at least one person come in and sometimes it’s multiple patients at one time, so it’s become an almost everyday activity."

Statistically, Dr. McLaughlin states, for every person that’s killed by a firearm, there are two or three other injured people who survive.

"The reason why gun violence has become something I’m really concerned about over the past couple of years has been: number one, it’s becoming more common; number two, having seen the toll it takes on the patients if they survive or their families; and the third one is that I think we have an opportunity to do better at preventing it," Dr. McLaughlin explained.

Even if someone survives from a gunshot wound, they may never really get their life back.

"Some of these patients have spinal cord injuries, they may be paralyzed," Dr. McLaughlin said. They may have abdominal injuries that result in permanent changes in their physiology, and they may need, you know, multiple surgeries and the recovery can be really long."

The psychological and physical trauma can also be tough on family members and healthcare workers.

"What we’re seeing across the country is that a lot of people are choosing to exit the career," said Dr. McLaughlin, "so that’s been a real challenge."

Dr. McLaughlin will explain Wednesday what treating gun violence like a public health issue looks like and why New Mexico is disproportionately impacted.