ALBUQUERQUE, N.M.- The Lobos will not play San Diego State this week, according to a report in the San Diego Union Tribune.

The paper says the Aztecs canceled their flight to Lubbock, where they were scheduled to take on UNM.

The Lobos are coming off back-to-back losses to Fresno State. They have struggled to get any footing as they continue to play all games on the road due to New Mexico’s public health order.

UNM has not confirmed the report in the San Diego Union Tribune. KOB 4 is awaiting a response. 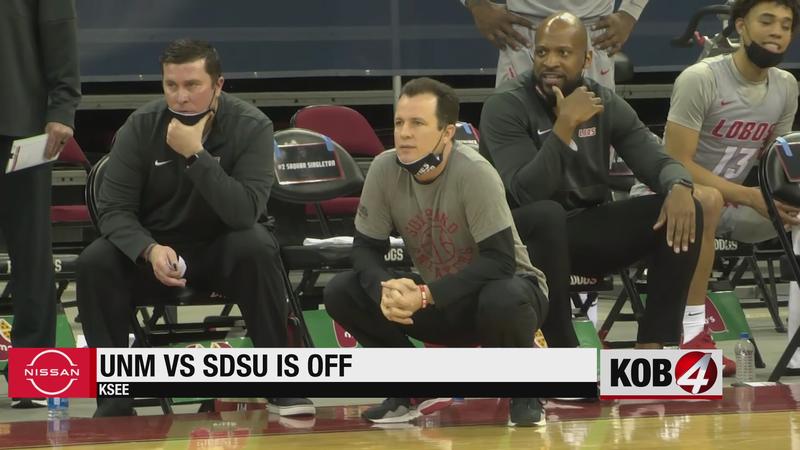