SANTA FE, N.M. (AP) — Voters would decide whether to provide salaries to New Mexico lawmakers who are paid only for expenses and travel under a proposed constitutional amendment.

The House voted 44-24 on Tuesday to endorse the amendment and send it to the Democratic-led Senate. Republicans were unified in opposition. Support from a majority of senators would send the amendment to a statewide vote.

Proponents say salaries might rein in conflicts of interest as legislators juggle outside work and Statehouse duties.

Democratic House Speaker Brian Egolf is confronting an ethics complaint this year for sponsoring and voting on a bill to allow civil rights lawsuits in state court without fully disclosing that his law firm stands to profit from the changes. He calls the accusations a deliberate distraction.

A senator is promoting marijuana legalization while providing legal representation to recreational cannabis businesses, and five senators received pandemic recovery grants under a program approved by lawmakers in December. 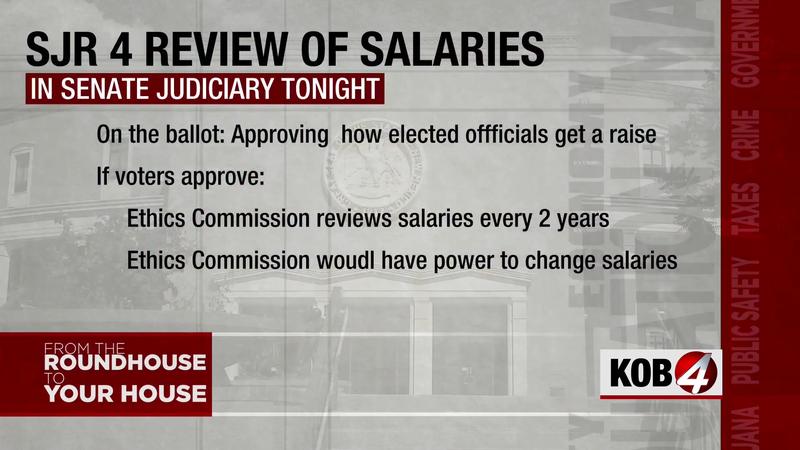 Advocates for legislative salaries also say the change would encourage a more diverse pool of candidates that might include more working parents and fewer retirees. Opponents say it would forever change the frontier character of New Mexico’s part-time Legislature that convenes for as few as 30 days a year.

Previous efforts to give the Legislature professional status have stalled in the state Senate.

The House-approved initiative would create an oversight commission to set the salaries of lawmakers, statewide elected officials, district judges and governor-appointed members of the state utilities commission.

Lawmakers receive a daily stipend of about $160 when the Legislature is in session, along with some mileage reimbursements for travel to Santa Fe and remote committee hearings.