ALBUQUERQUE, N.M. — Local car dealerships are struggling to meet the demand due to a unique challenge brought on by the pandemic: a global chip shortage.

“The initial challenge was during COVID, you know, there was a shutdown in most of the production,” said Marc Powell, executive director of the New Mexico Independent Automobile Dealers Association.

It was thanks to that production shutdown, and to people who were looking for a safer alternative to public transportation, that drove prices up.

According to Powell, the chip shortage impacted new car production, which had a trickle-down effect into the used-car market. 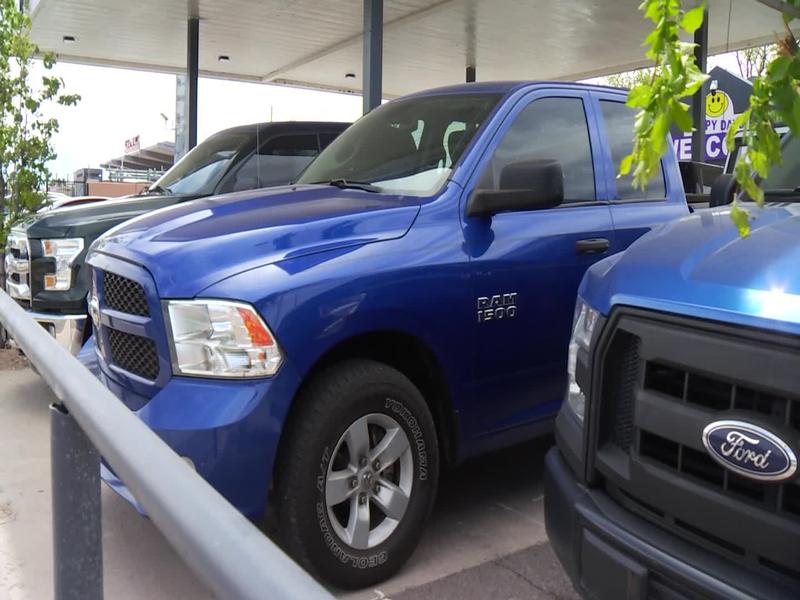 These days, cars are pretty much computers on wheels.

“Your speedometer and your odometer are all chip-based these days, so it’s not just kind of the nice-to-haves. Really every piece of the vehicle is now driven by computer chips,” Powell said.

Producers expect the shortage to last until at least early next year.

“There are other estimates I think this is going to go for another year and a half, which will really put a significant challenge in front of consumers and auto dealers to be able to afford vehicles," Powell said.

On top of that, national companies are competing with small businesses for trade-ins.

“We are really encouraging folks to buy from licensed local professionals,” Powell said.

Powell said doing that will help keep money in the community.