UTEP pulls away at The Pit

ALBUQUERQUE, N.M. – For the first time this season, Albuquerque had some Sunday basketball at The Pit.

Lobos took on UTEP, their first meeting in two years.

First half, Miners were up.

Jaelen House with the alley oop to Saquan Singleton – almost had a double double Sunday. 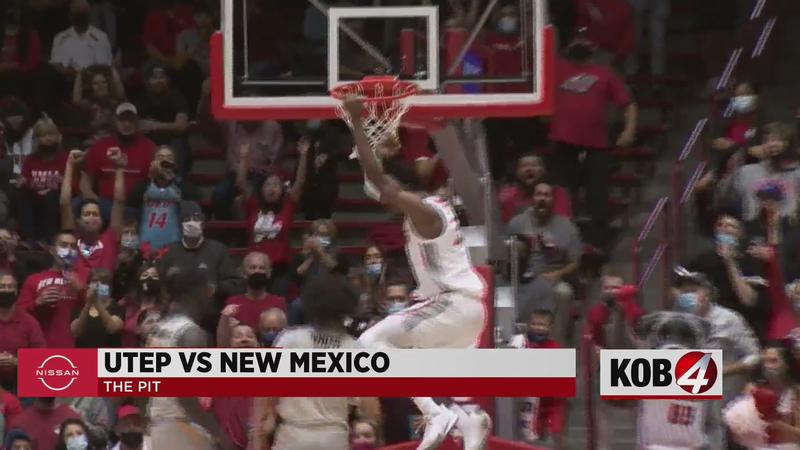