Mike Defries, an information officer for the Southwest Incident Management Team working to battle the McBride Fire, said Tuesday, the four vehicles were left at the location Sunday night by fire crews after they had returned from the field for the night. The next morning they were found damaged.

“And sometime overnight, some vandals got in there. It looked like they kind of ransacked the vehicles looking for whatever they could steal,” Defries said.

No equipment was in the vehicles at the time, other than a pair of bolt cutters that are now believed to have been stolen.

“Two of the vehicles had the ignitions punched out, so it was clear they were trying to steal the vehicles,” Defries said.

Replacements vehicles were soon provided to the crew. UTVs are often used by fire personnel to access steep terrain and transport supplies to and from fires.

De Fries said vandalism of fire equipment is extremely rare during a wildfire. And while the incident happened when the fire was more than half contained, he said such acts can hamper operations designed to get the fire under control.

“To start your day and have this in front of you when you arrive to grab your vehicles, obviously slows them down. It slows down their plans for the day,” Defries said.

According to a message from the U.S. Forest Service that was reposted on the Facebook page of the Lincoln County Sheriff’s Office, as of Tuesday afternoon, no arrests had been made.

Anyone with information, should contact the Sheriff’s Office, which is leading the investigation into the vandalism. 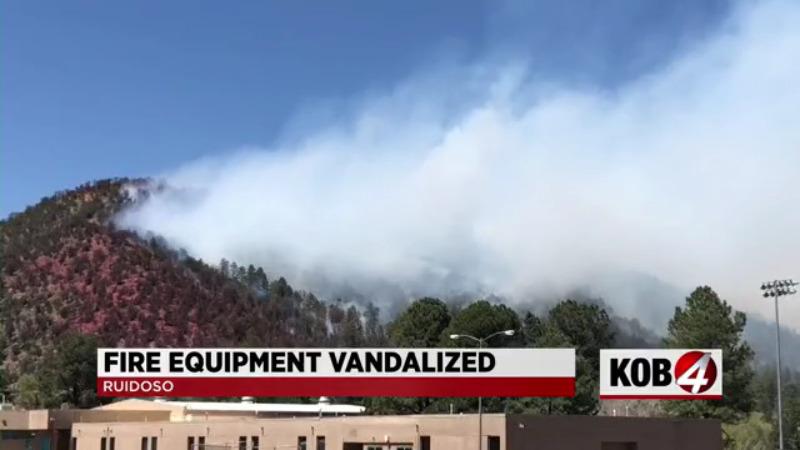