ALBUQUERQUE, N.M.- After nearly a year of dealing with the COVID-19 pandemic, New Mexicans are starting to see the light at the end of the tunnel.

The governor announced a new Turquoise level of restrictions Wednesday. It’s the less restrictive, and allows more industries to open.

"I can’t imagine that there’s a business or a New Mexican who doesn’t want there to be something beyond Turquoise. Right? Tourism is a lifeblood of economic activity in this state, so we want fiestas, markets, travelers. We want the Balloon Fiesta."

COVID-19 vaccines will help the state move to fewer restrictions, according to the governor.

So far, the state has vaccinated one in five New Mexicans with at least one dose of the vaccine. 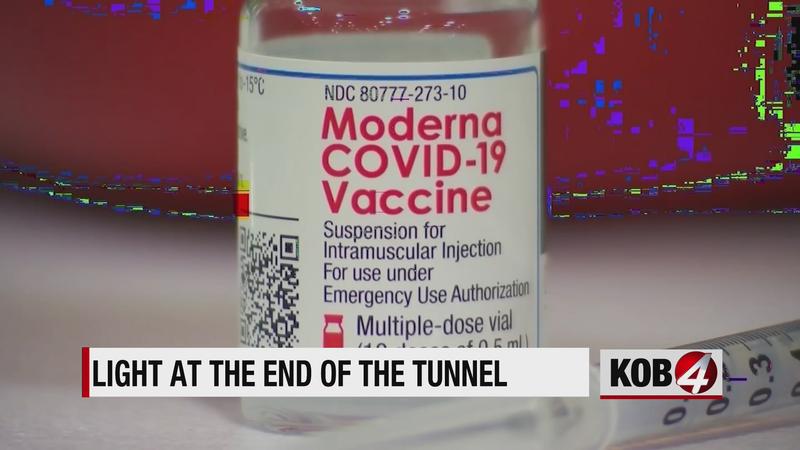 The vaccine has already shown positive results. The number of cases and deaths have dropped since the vaccine distribution began.

State leaders said vaccinating the most vulnerable population is a priority. They reported Thursday that half of those 75 years and older have received at least one dose of the vaccine.