Rhonda Maxfield lives right next to where those shots were fired, and she said she and her roommate were home at the time gunfire erupted.

“We heard the sirens, and then she opened the door and yelled we are having a shoot out out here, and I came out and heard the last couple of shots. There were at least ten," said Maxfield.

Baca was killed in the exchange of gunfire, but not before injuring another officer, who was hit with shrapnel.

"It’s tragic, and it’s horrible and I was frightened for the officers involved,” said Maxfield.

Friday’s violent encounter is not Baca’s first run-in with police.

According to court documents that KOB 4 obtained, Baca has been charged with multiple felonies in 2018 where officers with the Bernalillo Police Department went to a domestic violence call outside a Super 8 Motel.

At the motel, they were told Baca was beating up his girlfriend by "slamming her into glass."

When one of the officers tried to detain Baca, "he pulled away and punched the officer multiple times," breaking bones in the officer’s face and giving him a concussion.

Baca was arrested and pleaded guilty to aggravated battery upon a police officer resulting in great bodily harm, which is a felony.

Other documents show Baca violated probation multiple times, and eventually a bench warrant was issued in 2020. 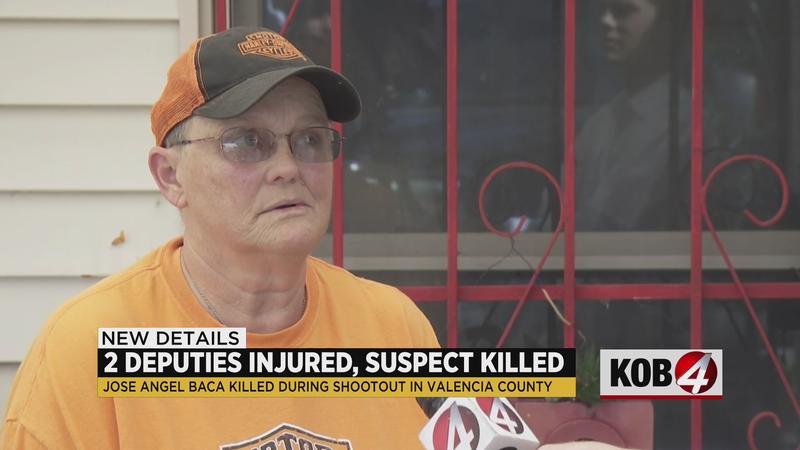