ALBUQUERQUE, N.M. — The Valley Vikings boys basketball team is gearing up to make their debut Friday, and the day can’t come soon enough.

"It’s been nice to get back in the gym," said head coach EZ Panas. "As soon as they said we can go, we jumped back into the gym and got going. We lost five guys from last year, so we had to crank things up pretty early and get these new guys back into the flow, so it’s been good."

Panas recently took over as head coach after 17 years as an assistant coach with the Vikings. He follows in the footsteps of longtime coach Joe Coleman, who led Valley to three state titles.

"I’ve had him all my four years, and he’s kind of just like Coach Coleman. He’s a great coach. They all expect the same out of us. Defense, that’s what we preach here at Valley," said Derrick Chavez. 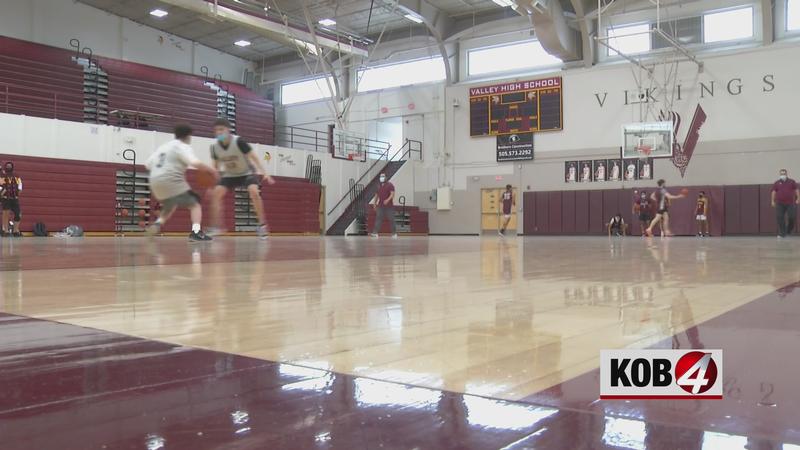 Derrick Chavez, Mateo Hernandez, and Lorenzo Romero are the three returners for Valley. Coach Panas is leaning on his upperclassmen to help the newcomers develop.

The Vikings open up against Hope Christian Friday and take on Volcano Vista Saturday.

It’ll be a challenging start for a team chasing a three-peat of state titles.