ALBUQUERQUE, N.M. — Hundreds of stickers that once decorated a wall near the 505 Central Food Hall were torn down overnight in an act of vandalism.

"Just yesterday the wall was covered by all the artists and creative people in Albuquerque for months,” he said.

Baker said the stick wall has only grown exponentially.

"Quite the Instagram wall, so they will stand in front of there and use the hashtag ‘ABQ sticker wall,’” he said. 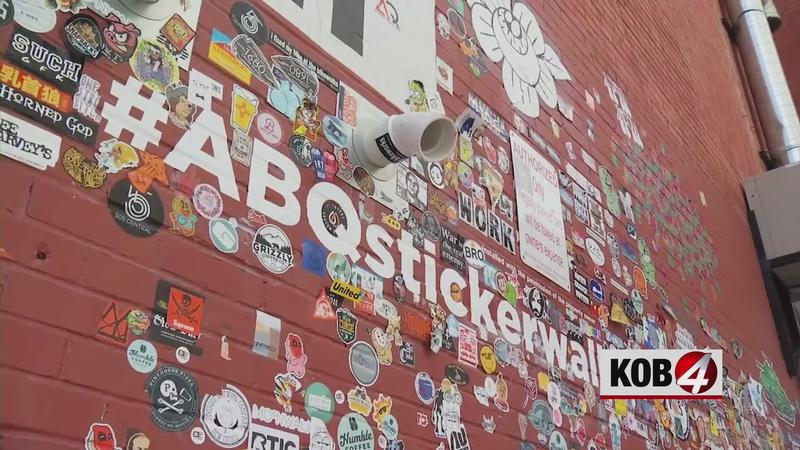 On Tuesday, Baker discovered that around 75 percent of the stickers had been peeled off.

"It doesn’t totally surprise me that it was damaged, but looking forward it’s going to come back, and you can’t stop it,” he said.

Baker said they’re not planning on trying to track down the culprit, but they did notice some clues.

"I noticed from about seven feet up, none of the stickers were bothered so I don’t feel like it was somebody tall,” Baker said.

Baker said he just wants to move forward and consider the incident a part of the wall’s history.

"It really has been an attraction. It’s accomplished what we wanted it to. We were familiar with the Seattle gum wall and well, gum, that’s not that appetizing, but maybe we can do stickers ‘cause stickers real are popular now,” Baker said.

Baker is asking anyone who previously put a sticker on the wall to bring a new one.

“Bring your stickers back. We’re gonna rebuild this better than ever,” he said.