ALBUQUERQUE, N.M. —It doesn’t matter what business you own – whether it’s a pizza shop, a burger joint, or a dry cleaner—you could fall victim to a robbery or vandalism at any time.

Security camera videos from multiple Bob’s Burgers locations in Albuquerque show a criminal just this week, showing up with a sledgehammer, and trying to break through the outside wall to the restaurant’s office.

"We just have vandalism all throughout the city at all of our restaurants and it’s just getting worse and worse,” said Clifford Salas, the local chain’s co-owner. “We don’t know if our building’s going to get burnt down. We’re afraid for our employees."

Salas says the local chain has been having serious issues with vandalism and attempted robberies since September. Another video shows a thief chipping away at a safe in the chain’s San Mateo location, and running off with something. Salas also says he has had to replace at least four windows in two months, at about $1,000 per window.

"It’s very discouraging when you have a business and you’re spending all that money to replace windows, safes, walls,” said Salas. “I just wish again our local politicians, our judicial system, our judges would listen to us and try to solve the problem of this crime."

Albuquerque has a small business office with the sole purpose of providing support to small businesses. It won’t be the first place owners call when they’ve been victims of crimes, but it’s there for other support.

"Where we can refer our clients to all of the different other industries they may need to help them,” said Damian Lara, acting director of the city’s economic development department. “Whether that’s bookkeeping and compliance with taxes, whether it’s insurance, legal services, accounting services."

Lara says many services are currently under-utilized, like one on one consultations, and the office’s job training program. It’s also offering storefront grants up to $30,000 to small businesses that take over vacant spots in downtown Albuquerque. 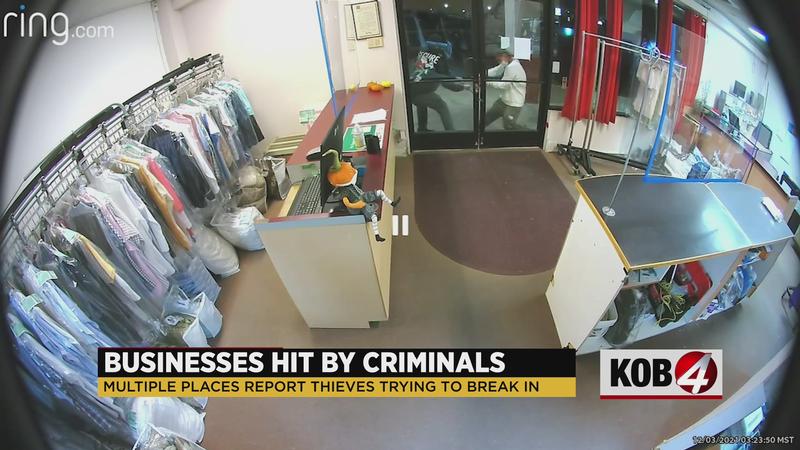