ALBUQUERQUE, N.M. — On most days, Marc Quinones, executive chef at Hotel Andaluz, is up early prepping and cooking at the restaurant. But early Saturday morning, the chef noticed something that left a bad taste in his mouth.

Profanities, and more, were written all across his car.

“Violating and disrespectful. I guess that’s the best way to put it,” Quinones said.

Nearby security footage showed a group of people walking by Saturday at around 4:30 a.m. 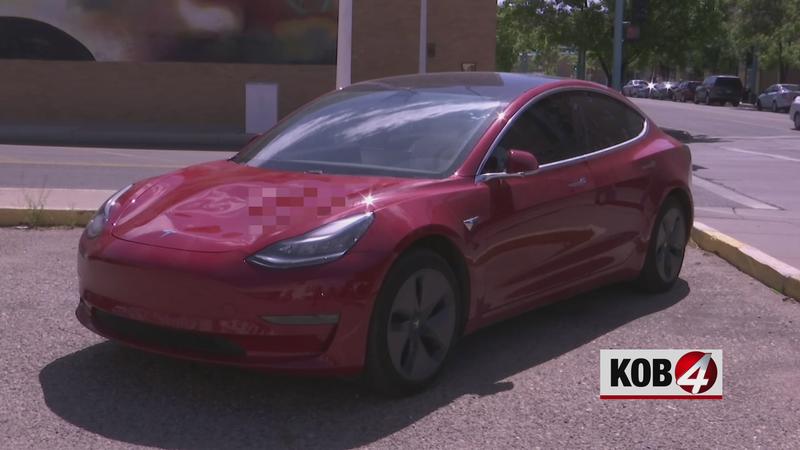 “And they start doing like jumping jacks, and they get on my car, and they all jump on the hood, and they start posing, you know, and just, I don’t know what they were doing,” he said.

Cameras also captured what Quinones said is someone writing profanities all over his car.

“That wasn’t enough. After that was done, they all begin to depart where they’re parked across the street in a white Nissan Sentra that had a black quarter panel on the driver’s side,” he said.

“The last guy, he pulls his pants down a little bit, and he runs and he jumps on my car, butt first. But that wasn’t enough either. He gets up, he does it again,” he added.

However, Quinones said he is not upset over the whole ordeal.

“As unfortunate as it is, I can get that replaced no problem, and I just want to, again, let everyone know that you know it’s not okay. And that Downtown is absolutely killing it right now. It’s beautiful, and we have to protect each other,” he said.

Quinones said he wants to remind people that that kind of behavior does not represent New Mexicans or Downtown.

“I, in many ways, look at them and I feel empathy,” he said.

“I think that’s the way out of this, you know, it’s more, you know, programs and mentoring and giving them a better outlet perhaps,” he added.

He said he hopes someone will identify the people in the video.

“I feel very privileged and fortunate that things have gone my way in my career and I just want to leverage that platform for good, and hopefully tell positive stories,” he said.

Quinones said he will continue to focus on all the positive things the city and state has given him.