Every year, he puts up a Christmas town also known as Pete’s Town.

"This is my Christmas," Peterson said.

The collection started 23 years ago.

"1998, I’m in Walmart, walking over to the Christmas displays and stuff like that," Peterson recalled about the moment four founding structures caught his eye. "That was it! I saw it. It was sitting on one of the shelves. And I was like, this is cool!" 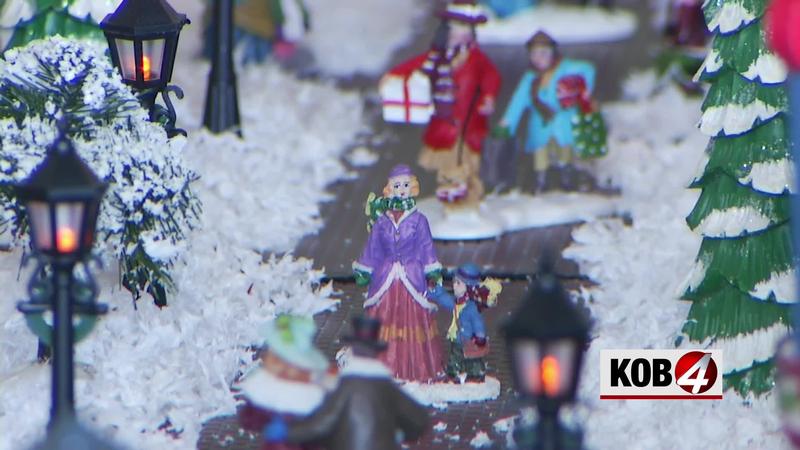 Now his collection has 148 buildings.

There are even nods to New Mexico, including a tram and Santa has his own hot air balloon! Then there are the restaurants, hotels, a zoo, even a sled dog training building and a hunting lodge with animals in the forest to hunt.

"It’s never the same when I put this town up," Peterson said. "What you see here, you will not see next year."

Even the people tell a story: There are firefighters busy raising the flag, kids enjoying a friendly game of hockey and other villagers getting a haircut in the barbershop.

"The detail on these things is amazing," Peterson said. "It gets me even when I’ve been looking at it for years."

At night, the street lights and Christmas cheer keep the town glowing.

"Everything lights up," Peterson described.

For more than a decade, this display was kept inside his home. However, Peterson started up signs in the neighborhood a few years ago.

"It’s not for me anymore. It’s for everybody else," Peterson said. "If you’re having a bad day, come see Pete’s town and you’ll smile and laugh."

The display will be up until New Year’s Day.

"I love to see the looks on people’s faces when they come in here," Peterson said. "I’ll continue to do it until I can’t lift those boxes anymore."