ALBUQUERQUE, N.M. – The Biden administration is vowing to keep working to get Americans and allies out of Afghanistan — as the mission shifts from military to diplomatic. There are as many as 200 Americans left behind.

"Hey, we’re going to be in-touch with you soon about some other stuff, alright? Tell your mom I said hello, OK?” said Jay Block.

Block considers an interpreter —who he worked with during his time-serving in Afghanistan — as family.

"The kids. Especially on Fridays when we would volunteer we would go to these refugee camps. And we would bring food, clothes, needed supplies that were donated over here by people in the United States. We would have our interpreters, Afghan interpreters, with us. They are risking their lives and risking the lives of their families to support us over there, it just inspired me and meant the world to me,” said Block.

He said he was close to getting his interpreter’s family out.

"Unfortunately, because of what happened at the airport, we weren’t able to get them out."

The ISIS-K suicide bombers — that killed 13 US serviceman and around 200 Afghans — complicated their exit plan.

"They are very scared. The Taliban have been to their house. I am very worried about them,” said Block.

Block has been in touch with fellow Sandoval County resident Michael Tachias.

"They are my family and I don’t want to give up, I worked with these same guys on these very high risk missions. I know them well and I respect them,” said Tachias.

The retired lieutenant colonel for the U.S. Army oversaw the linguist program in the Middle East for a couple of years.

"We established this incredible bond with these people. You know, you can’t break this bond. We look at them like our brothers and sisters,” Tachias said.

He said he hopes the U.S. government does more for our allies, but is prepared if they don’t.

"I’m just hoping that the Biden administration wakes up, we do the right thing, we can’t leave those people behind. And if they can’t do it, well hell, we’ve got a whole bunch of platoons ready to roll out the door. As soon as the State Department pulls their head out of their tail and allows us to get those planes in the air and back into Afghanistan."

They are preparing to risk their lives on a personal mission to go back to Kabul.

"That shows you the level of care and love that we had for the Afghan people, that I don’t think a lot of people in this country understood,” said Block.

Despite how they feel, they are holding out hope they’ll see them again.

"I’ll talk to you soon my friend," said Block. 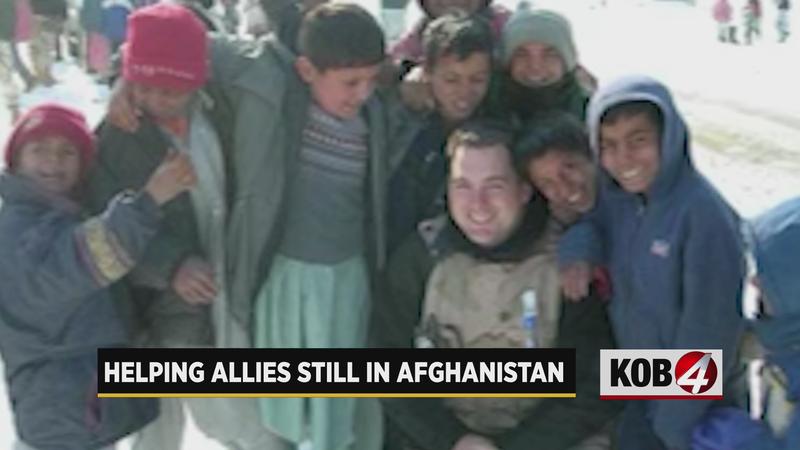