ALBUQUERQUE, N.M. — The victim of an attempted carjacking Wednesday night was an off-duty sergeant with the Bernalillo County Sheriff’s Office.

A spokesperson with the Albuquerque Police Department said a person tried to take the car near Indian School and Hendola.

The person reportedly hung onto the side of the vehicle as the driver attempted to leave. The person eventually let go, fell to the ground and hit their head while the car was moving.

According to the latest update, the person is hospitalized in critical condition. 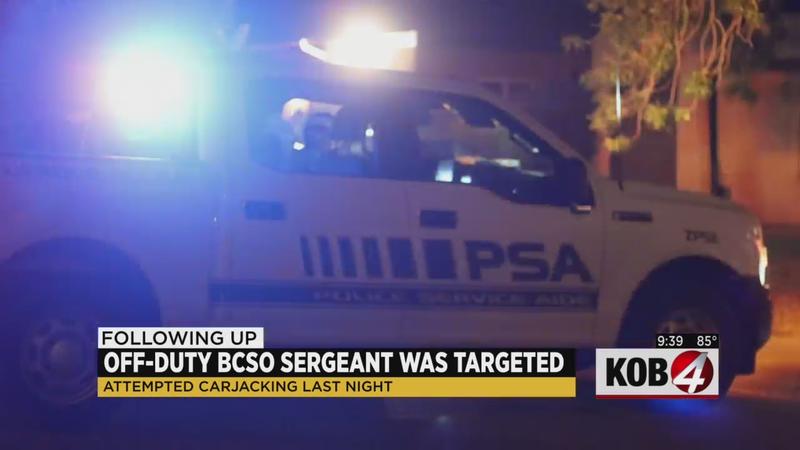 BCSO said they could not provide any additional information due to the investigation.