ALBUQUERQUE, N.M. — A home invasion and robbery suspect is recovering from a gunshot wound after police said he forced his way into a couple’s apartment with a gun.

The incident happened Friday afternoon at an apartment complex near I-40 and Juan Tabo.

According to court documents, James Kennedy threatened to shoot a man in the head outside his apartment, hit him in the head with the gun, then forced his way inside. The man’s girlfriend was hiding inside the bathroom.

Documents state Kennedy demanded the couple’s belongings, and then asked for their car keys.

Kennedy then briefly left the apartment. When he returned, the man was armed. 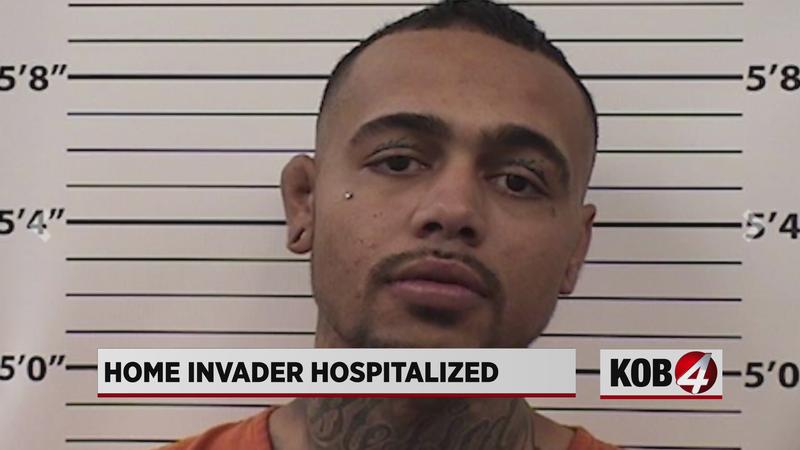 The victim told investigators, "…he raised his pistol as the male ran at him and in fear for his life… he fired multiple shots at the male. He stated he fired seven shots and he began hitting the male with the pistol. He stated the male was trying to get the gun out of his waistband as they fought for the gun."

Kennedy was shot in the stomach, but managed to make it to his mother’s house.

This is not Kennedy’s first run-in with the law. According to the Bernalillo County Sheriff’s Office, he has 12 mugshots on file. He was also on parole for robbery, and was wearing a GPS monitor, which investigators believe he tampered with.

In 2016, court documents show that Kennedy carjacked a woman at gunpoint in the parking lot of a southeast Albuquerque bank, then robbed a convenience store the next day.

Kennedy is still in the hospital, and has been charged with armed robbery and kidnapping.