ALBUQUERQUE, N.M. – The Albuquerque Police Department has released surveillance footage of a Smith’s security guard facing off with two armed suspects over a case of beer.

As the surveillance video starts, a security guard is seen pinning a man to the ground. They are wrestling for more than a minute as shoppers gather around, filming the fight on their phones.

As the fight continues, it appears the suspect attempts to pull out a gun, but one bystander steps in and kicks the firearm away. A security guard picks up the gun and the suspect runs away.

But a short time later, the suspect comes back in the store demanding they return his gun, and this time he’s not alone. Another masked man walks in waving a black handgun. Security backs away but the fight continues in the store.

Two-on-one, the security guard continues to fight back – even taking a few hits. Eventually, all of the suspects leave the store in what police describe as a white Kia.

APD says no arrests have been made in this case. 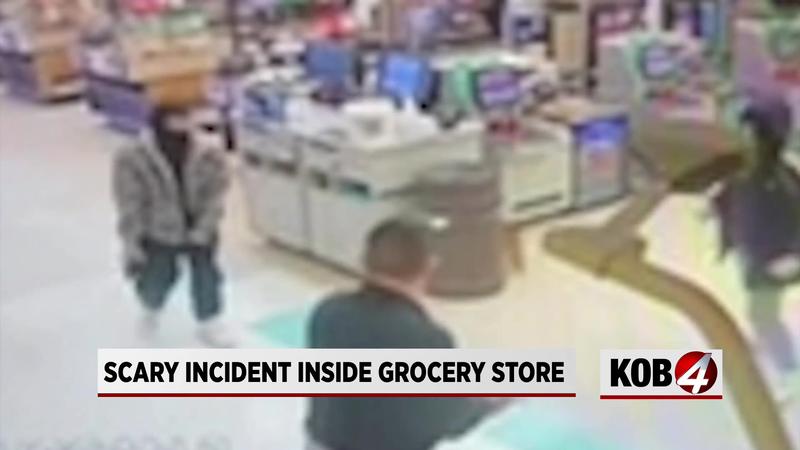