SANTA FE, N.M. — In early March, an I-25 pursuit ended with a deadly crash that took the lives of two New Mexico first responders.

The woman at the center of that pursuit, Jeannine Jaramillo, had claimed she was a victim of domestic violence. She told police she came to Santa Fe to stay with her boyfriend, then, on the morning of March 2, he allegedly turned violent – beating her and kidnapping her.

Police were called, and officers initiated a pursuit after a stolen white car. Police believed a man was holding Jaramillo hostage inside the car, at knifepoint.

The high-speed chase eventually ended with a wrong-way crash on I-25 that killed Robert Duran, a Santa Fe police officer, and Frank Lovato, a retired Las Vegas firefighter. Video shows the white car stopping a short distance away from the crash, but only Jaramillo gets out.

Officers can see that the story is not adding up. Police take every precaution to ensure that the white car is empty – searching nearby homes and ultimately confronting Jaramillo at the police station. 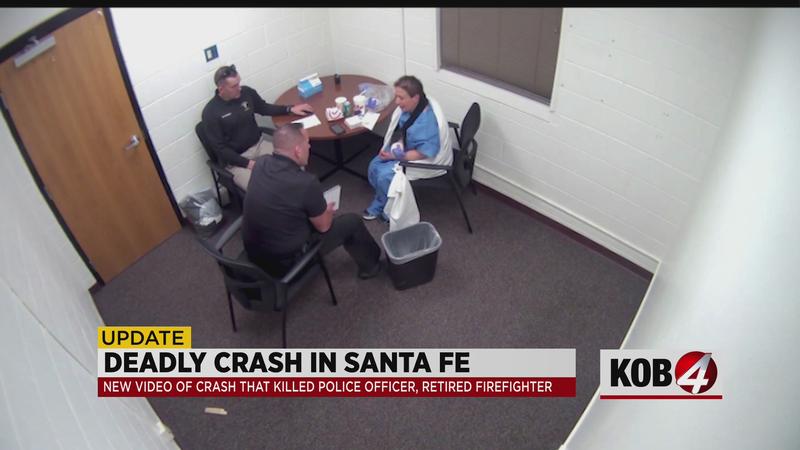 Jaramillo is now facing two charges of first-degree murder for the deaths of Duran and Lovato.

Police also said this wasn’t the first time Jaramillo blamed a phony boyfriend for crimes she committed. Investigators in Grants said she gave them a similar story after leading them on a chase last September. She’s also facing charges in Cibola County for an incident involving a stolen bucket truck.

Click on the video above to see her interview with police following the I-25 crash.