ALBUQUERQUE, N.M. — KOB 4 obtained video of a home invasion suspect going live on Facebook after the victim he tried to rob shot him in the abdomen.

The suspect, James Kennedy, was on the way to the hospital in an ambulance Friday when he pulled out his cell phone and started livestreaming.

In the now deleted stream, an EMT is heard asking Kennedy questions about how he was shot.

EMT: I don’t suppose you happen to know the caliber of the gun that you were shot with tonight? Kennedy: No.

EMT: Was it a handgun? 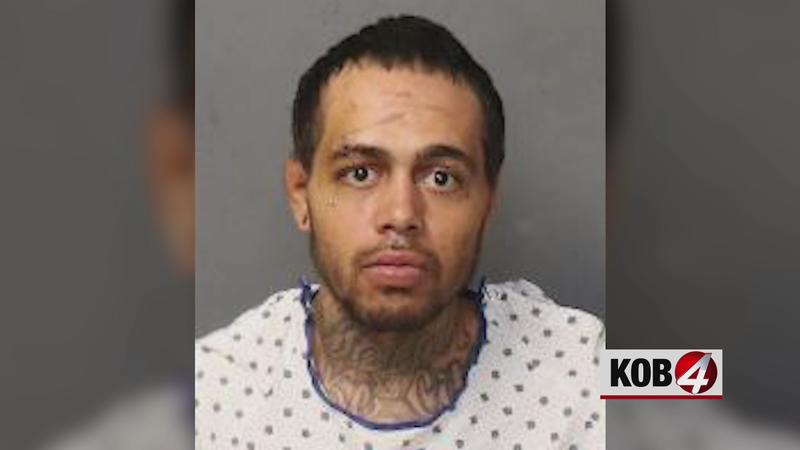 Kennedy: It was a handgun I believe.

Kennedy has since been released from the hospital, and made his first court appearance Wednesday on charges of armed robbery and kidnapping.

According to the criminal complaint, Kennedy forced his way into a couple’s apartment near I-40 and Juan Tabo Friday morning by threatening to shoot the victim, and hitting the victim in the head with a handgun. The victim’s girlfriend was inside the apartment hiding in the bathroom.

Court documents state the victim armed himself with a handgun, and then shot Kennedy when he returned to the apartment. The victim told investigators he looked outside to see if the suspect left, and saw the suspect running straight at him. That’s when the victim fired multiple shots at Kennedy “in fear for his life”.

After the struggle, Kennedy managed to leave the crime scene and go to his mother’s house. His mother called 911 when he came home, and said he would not tell her how he got shot.

Kennedy has been arrested multiple times and is on parole for robbery. Court documents revealed he was wearing a GPS monitor, but parole officers believe he tampered with it.

Prosecutors have filed a pre-trial detention motion to keep Kennedy in jail until trial.