Video shows chaos inside plane that made emergency landing in Albuquerque

ALBUQUERQUE, N.M.- Passengers recorded video of a man who was allegedly trying to breach the cockpit of a plane that was diverted to Albuquerque Friday.

"You gotta stop this plane," the suspect is heard saying.

A passenger said a flight attendant made sure the suspect didn’t get into the cockpit.

"The flight attendant who was serving in us at first class, he noticed the guy and apprehended him, held down on the aisle in first class," the passenger said.

Delta Air Lines said 162 passengers and six crew members were inside the plane. 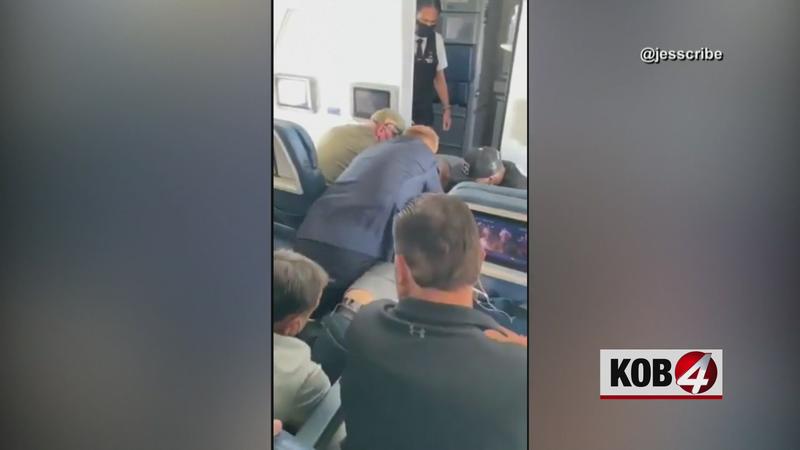 They were stuck in Albuquerque for about five hours. The plane eventually continued on its way to Nashville.

The suspect was taken into federal custody. The FBI said it’s investigating the incident.