ALBUQUERQUE, N.M.- Albuquerque police released video evidence from the moments before and after two children were killed in a crash near the Big I.

Alexis Martinez is seen drinking in a Facebook Live prior to the crash.

Another Facebook Live shows Danielle Ortiz in the passenger seat and Martinez behind the wheel. Both appear to be drinking.

Video from an officer’s lapel camera shows Martinez in the driver seat in the early morning hours of March 30. Ortiz told police she and Martinez were arguing prior to the crash.

Ortiz had apparently asked Martinez to drive her and her kids home. 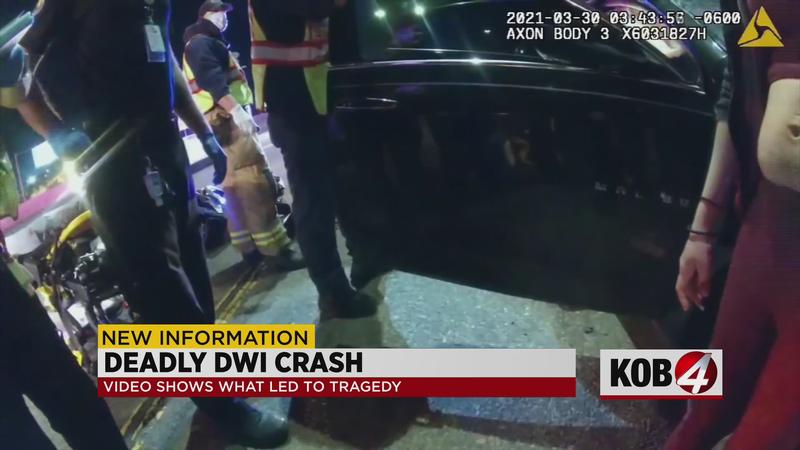 Ortiz admitted to the officer that she had a drank "a six-pack." and claimed Martinez was also drinking.

Ortiz was detained at the hospital. She was one curtain away from Martinez, who was hooked up to breathing tubes and unable to respond to police.

At one point, Ortiz is heard asking whether her son is OK.

Later, family members showed up to the hospital and were seen sobbing as they learned about the children.

Eventually, both women were arrested.

Ortiz is out of jail, while she awaits trial. Martinez was held until trial, which is scheduled for 2022.