Layton is in jail awaiting a pretrial detention hearing. He is facing child abuse and battery charges.

It happened last Thursday at Matheson Park in Northeast Albuquerque near Candelaria and Morris.

A young teen, 14-year-old Hayden Pastorek, said he was with his friends play fighting in the park when Layton and his wife came up to them, and asked them to stop. Pastorek said they told the couple they were just playing around. 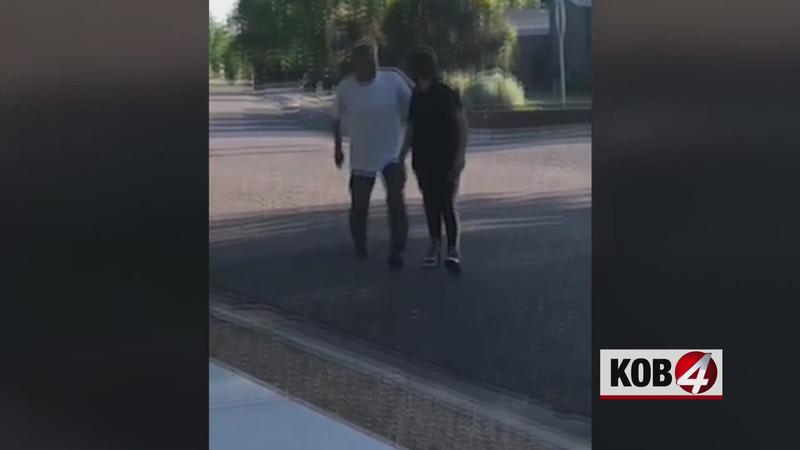 But things escalated. According to the criminal complaint, Layton and his wife made statements about "white power" and the kids yelled back “Black Lives Matter." Court documents allege things turned physical when the kids insulted Layton’s wife.

The video shows Layton approaching the group and grabbing Pastorek.

KOB 4 talked to several neighbors who said they heard a commotion but didn’t actually see anything other than someone being arrested.

Virginia Harper is Hayden’s mother. She said she was called to the park last Thursday.

“I got shown the video and from that point I hollered when I saw the man choking him,” said Harper. “I hollered across the park ‘he better be going to jail, he choked my kid.’ then I saw the other part with the wife and I said ‘she better be following along with him for doing the same thing to my kid with the grill.’”

Friday, Wayne Layton was in court. He will stay behind bars until a hearing with a district court judge.

According to police, “two children in the fight were sent to the hospital because Layton punched or hit them with an elbow in the chest.”

KOB 4 knocked on Layton’s door Friday to try to learn more about what happened. No one answered.