LAS CRUCES, N.M.- A witness recorded a shootout between police and a suspect in southern New Mexico Thursday.

New Mexico State Police said it all started outside of Deming, in Luna County, on I-10. That’s where an NMSP officer was shot and killed.

The suspect then led police on a chase.

The video shows an officer’s vehicle making contact with the suspect’s white truck, using a PIT maneuver, forcing the truck to come to a stop near Las Cruces.

The suspect gets out, and a shootout ensues. 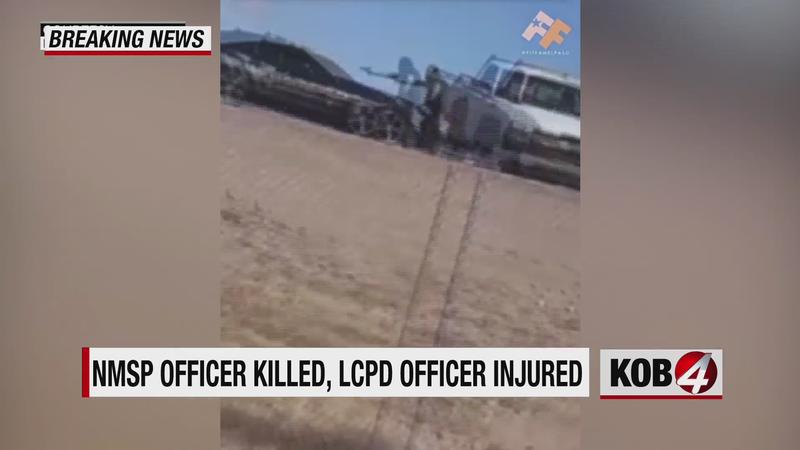 The suspect was killed.

In addition to the NMSP officer who was killed, a Las Cruces police officer was injured.

A spokesperson for the department said the officer is expected to survive.