ALBUQUERQUE, N.M. – Unity and sportsmanship were in the playbook this time around at New Mexico’s Young America Football League game this weekend, and most of it was led by coaches and players.

Coaches said they are working to bring teams together, and players are also tackling the violent problem.

A video showed the West Mesa Mustangs and the Cibola Cougars meet in the middle of the field and through a chant, they emphasized sportsmanship.

“The coach from Cibola recommended it, and we talked about it and thought it was a great idea to show more unity between the players,” said James Carroll, West Mesa coach.

After last week’s brawl and emergency meeting, they decided more unity is needed. A player from the Rio Grande Ravens suggested they start their game against the Volcano Vista Hawks with a prayer.

Now other coaches and students are trying to get the league on the right path.

“I believe it is the first step in solving the problem, it’s not going to be the end all of everything, but it is a step in the right direction,” said Carroll.

KOB 4 did reach out to members of the YAFL board to get their reaction to the video — they have not responded yet — but coaches said they hope this good sportsmanship continues. 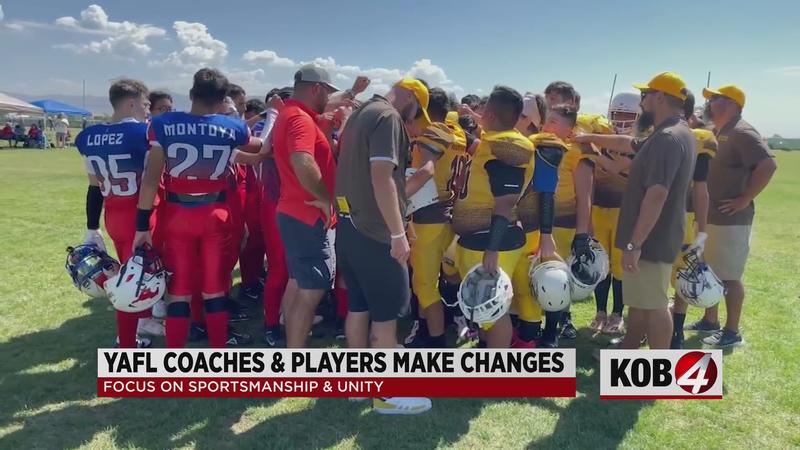