GALLUP, N.M. – One look away from the road can be disastrous. A Gallup family’s home was partially destroyed after what they say was a distracted driving crash.

Surveillance cameras from both outside and inside the Hudgeons’ home captured the moment a truck plowed through their living room. Gallup Fire Marshal Jon Parrett said they got the call Monday evening. Crews arrived to the strong smell of gas and a severely damaged house.

"I came home to see that my entire fence line was gone,” Ana Hudgeons said. “There was a gaping hole in our house, on the side."

Hudgeons also said police told the family the truck’s driver was speeding and distracted when the crash happened. "The driver did not hit their brakes at all,” she said. “There’s no skid marks, there’s nothing to indicate any sort of stoppage."

"Luckily, there was nobody home at the time," Pairett said.

The Hudgeon’s dogs were home. Surveillance videos show them narrowly escaping the collision.

Pairett said crews spent the next three hours assessing damage, making sure the home was safe for the family, "and made sure that they had a place to stay for that night,” he said. “We didn’t want anybody to stay in that home overnight."

Community members set up a GoFundMe page for the family of three, who run a photography business from their home. Now they say they are working to rebuild what was lost.

"There were priceless heirlooms that have been destroyed,” Hudgeons said. “I didn’t—I literally didn’t know– the shock was great. I just couldn’t believe what I was seeing."

Even though the damage to the home was severe, both the family and fire marshal said the situation could have been a lot worse, had the couple and their young daughter been home. 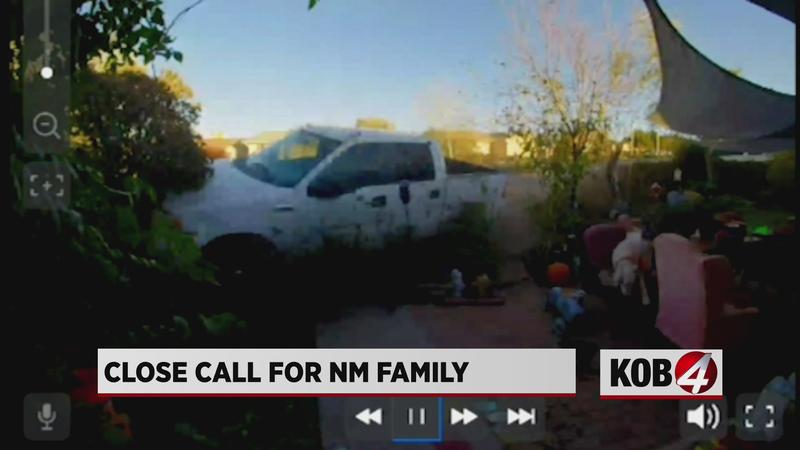 "If that child has been playing in the yard on her bicycle, you know it could have ended her life,” Pairett said. “So a split second of looking at your phone or making a phone call or sending a text, it could change somebody else’s life. A second of being distracted could change someone’s life forever."