ALBUQUERQUE, N.M.- An apparent flag theft is shining a light on the debate over policing.

The family has since replaced it.

It’s a black-and-white American flag with a blue line that contains the text “honoring the fallen.”

Giovanni and Giuliano Parra, 18-year-old twins, say they put the flag up to simply support all first responders, particularly those who’ve died in the line of duty. 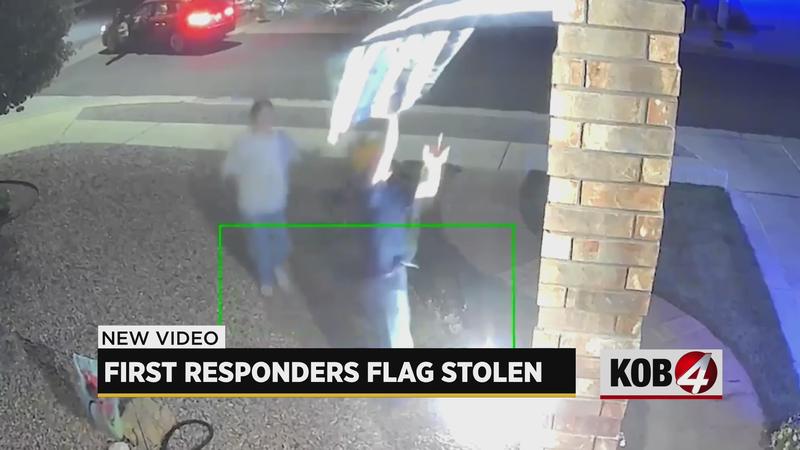 “I was just upset and shocked that something like this would happen here,” Giuliano said.

They say they’re EMT’s themselves and hope to be police officers soon.

“We were just pretty disgusted because it’s supposed to honor fire, police, EMS and even the military. So the fact that someone decided they wanted to spit in all their faces, all the fallen heroes, it was kind of disgusting that someone would do that,” Giovanni said.

They say it’s sad that someone doesn’t want that message displayed.

“These people are laying their lives down for all of us every single day, no matter what you support or what you believe in,” Giovanni said.

They’re wondering if the people who took it down felt the flag had a political message.

“I don’t think it’s a political message. I think people from both parties can come together and support the police,” Giovanni said.

The flag may mean different things to different people.

It was first made in 2014 to support police, but it’s also been used to oppose the movement for racial justice. It’s been used by demonstrators protesting against the Black Lives Matter movement, and those two sides even had tense moments in September in Rio Rancho.

The Parra brothers say that, to them, the flag has nothing to do with hate or opposition to any movement.