ALBUQUERQUE, N.M.- A person who lives in northeast Albuquerque captured video of a woman ramming her car into a neighbor’s house.

"I couldn’t believe it. First thing I thought was, ‘thank goodness everybody is okay,’" Tony Gonzalez said.

Police said Elizabeth Moreno was the woman behind the wheel Saturday night. They believe she was drunk when she repeatedly crashed into the house after the neighbors pleaded with her to stop speeding.

According to a criminal complaint, Moreno told an officer that she "tried to kill 3 people."

She is charged with two felonies, including aggravated assault with a deadly weapon. 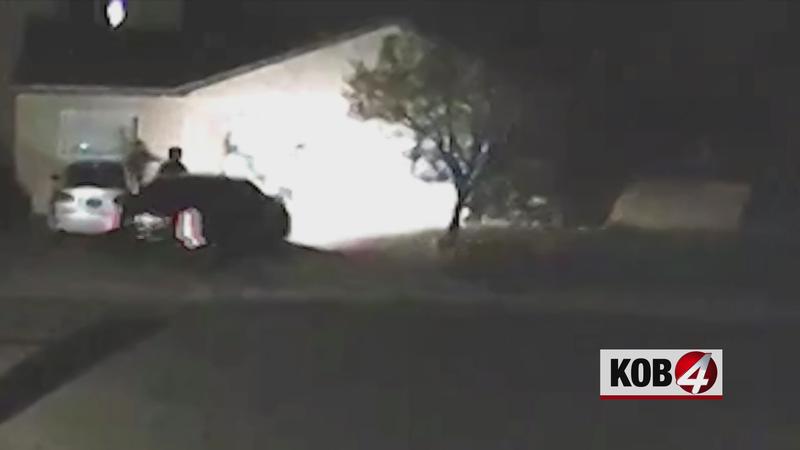 David Barela and his family won’t be able to live in their home for some time. Their water and gas lines were cut, and they’re worried the house isn’t structurally sound.

"Frustrated, displaced," Barela said. "This is our family home."

In addition to his concerns about the house, Barela is worried Moreno could attack again. A judge released her pending a trial. She lives in the home across the street, Barela said.

The conditions of release say Moreno can’t have contact with the victims, can’t have a gun, can’t drink and can’t leave the county.

"For her to openly admit that she tried to take somebody’s life, it’s just unbelievable, the fact that she just got released," Gonzalez said.

Barela said Moreno has been a constant problem for three years, constantly harassing and threatening his family.

She has a lengthy criminal history which includes battery on peace officers.