ALBUQUERQUE, N.M. — In 2021, the Violence Intervention Program was introduced as a way to try and prevent gun violence by reaching out to victims with the help necessary to break the cycle of violence – now, the program is receiving a boost as it has proved to be successful.

The program has a 93% success rate and, thanks to new funding, it is growing to help people who experience all types of trauma, in addition to helping gun violence victims.

"When someone is involved in gun violence as a victim, we’re reaching out to them directly," said Elizabeth Silva, the special projects manager. "We’re offering them services and we’re making sure that they know that they have a way out of that life of that cycle."

The Violence Intervention Program has been reaching out to gun violence victims to provide wraparound services – from housing to job training – in order to stop more violent crimes from being committed.

"We know that when you’re consistently exposed to violence," Silva said. "It creates this cycle where, once you’re traumatized, you tend to re-traumatize others." 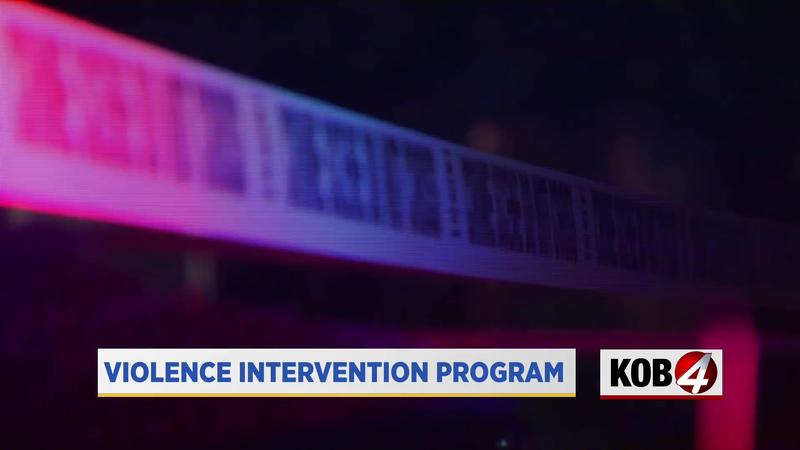 After three years in operation, officials say the program’s success rate comes from only 7% of people being arrested again.

"What a lot of ER doctors were saying was we could sew people up when they have gunshot wounds but we can’t really provide a healing space," Silva stated. "And so, what does it mean to provide healing-inspired groups, healing-inspired therapy; healing-inspired, culturally-rooted practices, that are based on making sure people are healed in their heart when something like this happens and making sure that they understand that there are options other than re-engaging in violence themselves?"

"It intervenes right after there is a shooting when you’re likely to, within days, have a retaliation shooting," U.S. Sen. Martin Heinrich added, "and it’s just one of those programs that have the data to show it really works."

Sen. Heinrich sits on the Senate Appropriations Committee. The senator helped acquire $1 million for the Violence Intervention Program, which will go toward hiring more staff – including clinicians and outreach workers. It will also help with operational costs – even taking care of furniture. The program also has new offices on Gibson at the Gateway Center.

"That particular program is credited with potentially preventing as many as almost 200 shootings," the senator said, "and that’s the kind of evidence-based programming that we want to support."

Rep. Melanie Stansbury also helped secure the funding. At a March 23 community town hall meeting, she said, “Part of how we break cycles of violence is addressing the root causes and working to address the systemic issues behind how crime happens. We’re so proud that we were able to get funding for this program.”

This funding means the program will not only focus on gun violence – but it will also expand and add a trauma recovery center, aimed at reaching out to all victims of violence.

The services will be available not only for those who have experienced trauma but also for family members seeking help. This is done to ensure victims of violence feel supported, not just by their loved ones but also by the community around them.

"When you do intervention in a good and meaningful way, it’s also a preventative and transformational form of working with somebody, so a good intervention that has long lasting impacts means that you are also preventing a crime from happening in the future, preventing someone from possibly losing their housing, helping maintain someone’s employment and also transforming how they can engage and be part of society as a whole," Silva stated.

One of the biggest problems the program sees is access to housing. Often, people don’t have a safe place to live which means it can be hard to keep a job and they can end up in even-worse situations. Securing permanent housing, then, is one of their many focuses especially as the program expands.