TRUTH OR CONSEQUENCES, N.M.- The town of Truth or Consequences basked in the limelight as the space flight of Virgin Galactic sends the locals looking to new heights.

All the years of set-backs, scandals, and disappointment in Southern New Mexico has led to this at Spaceport America.

"The community is just primed for this event we’ve waited a number of years, and it’s finally come to fruition,” said Truth or Consequences City manager, Bruce Swingle.

People of all ages got to witness history.

"It was incredible ever since I was a little girl I wanted to be an astronaut, hopefully one day I can afford to go on Virgin Galactic," said a local child. 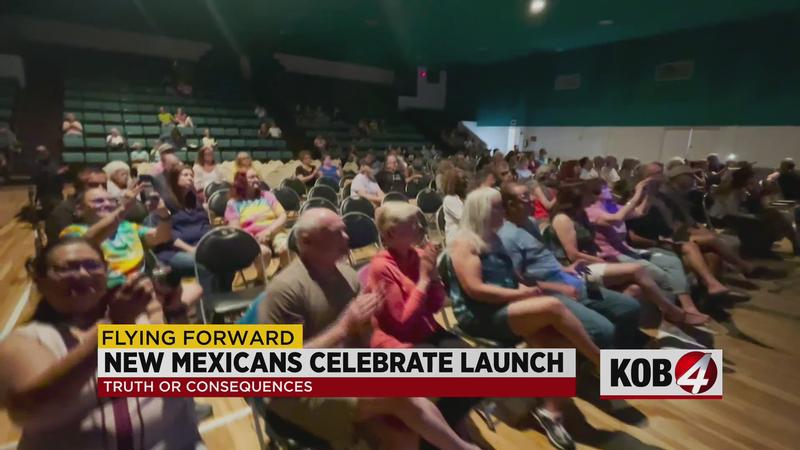 The city manager hopes that mindset carries over to tourism dollars.

"I think everybody is putting the measure of success on this flight," said Swingle.

Swingle said while time has taken its toll, the town is invested for the long run.

“Spaceports been providing a lot of revenue to this community and to New Mexico since they opened up."