ALBUQUERQUE, N.M. – The principal of Volcano Vista High School sent a letter to parents last week, alerting them that student fights are becoming a serious problem since they returned to campus in August.

"I was a little surprised because I deem this as one of the better schools in Albuquerque,” said Ruthann Contreras-Garcia, one of the parents who received the letter. "But at the same time I realize that kids were cooped up for so long and they weren’t seeing friends, they had no social life, it was expected honestly, and it’s unfortunate but it was expected."

In the letter the principal wrote:

“It is with great sadness that I share with you that not only have we seen an increase in fighting amongst students, we have witnessed students standing by, cheering on and videotaping the fights.”

The principal also let parents know the school is trying to solve the problem by increasing the number of adults on duty during lunch and before and after school, they’ve disciplined the students and bystanders involved in fights and are encouraging staff and students to report fights.

"So I think that more hands on deck is always a good thing,” said Contreras-Garcia. “But I think we need to have APS police involved. It’s great to have teachers involved, but teachers are already stretched so thin and they don’t have many breaks and they don’t get paid very much as it is, so we need to APS police to step it up and have more presence here on campus.”

In the letter, the principal also asked parents to offer solutions to the parent advisory board and to talk to their kids about the issue.

The safety, health, and well-being of Albuquerque Public Schools staff, students, and community are always our priority.

The mental health and behavior challenges all schools deal with in normal times now seem to be exacerbated by the pandemic as predicted when schools worldwide closed in response to the global health threat in March of 2020.

Schools provide safety, structure, social connectedness, and much more. We know students can struggle with conflict resolutions if they don’t have adult supervision. We also know a home can present its dangers if items prohibited in schools are in reach and brought on to our campuses.

There is no evidence or research yet to explain some of the discipline issues we’re experiencing in our schools. Still, we believe the rise in violence and unacceptable behavior posted to social media and reported in the news can be attributed to school closures and strains at home like unemployment, illness, and other hardships so many are facing due to the pandemic.

Staff at all our schools monitor student behavior and carry out welfare checks when there is a concern. Our counselors and social workers are available to help staff and students. All APS students and employees are asked to say something if they see, hear, or know anything that could pose a safety threat. You can call APS Police at 505-243-7712 to report a potential threat. You can also contact Crime Stoppers at 505-843-STOP to report anonymously.

APS Police partner with the Albuquerque Police Department and the Bernalillo County Sheriff’s Department to patrol our campuses. Unfortunately, all three law enforcement agencies are grappling with an officer shortage. The APS Police Department is currently short 11 officers and 18 Campus Security Aides. We have actively recruited for years, but America’s workforce is changing, and we’re adapting. Still, we are as vigilant as possible with the resources available.

We agree campus safety is critical, and we encourage you to talk with your school principal if you have any immediate concerns. The district strives to keep everyone informed, but privacy laws prohibit us from disclosing information on student discipline or the health and well-being of a student.

The district also does not comment on violent or inappropriate behavior posted on social media sites. Our students are children and young adults who often fall prey to impulsive decision-making without understanding the ramifications of their decisions. The only goal of social media posts is to generate attention. We won’t promote violence and bad behavior, and replaying the videos and engaging in conversations about the posts can encourage harmful and unacceptable conduct. There will also be consequences for students who videotape, post, or watch without reporting an altercation in progress.

School safety is a shared responsibility. It is now more important than ever to talk with your students, be aware of their social media activity, listen to their concerns, and access available school wellness resources if needed. We can’t ignore our students if they are acting out because they need our help." 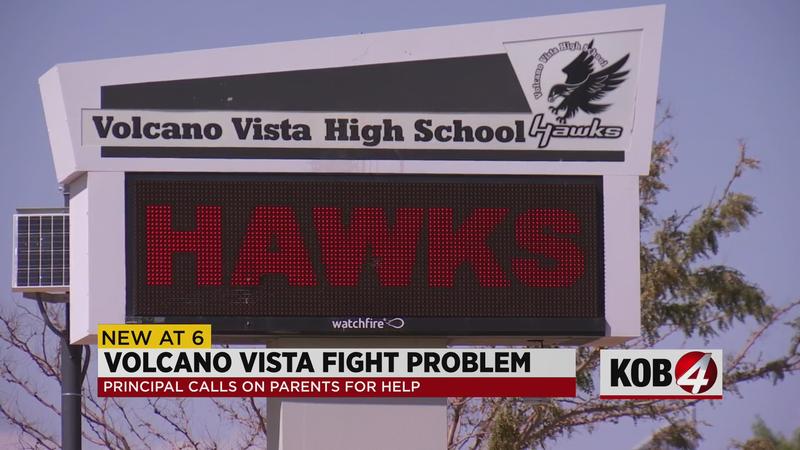