Volcano hit three in a row from beyond the arc in the second and took control after halftime.

Volcano Vista and La Cueva, Hawks heat up in the fourth.

Future Lobo Jaelyn Bates with a three in transition.

Moments later to another future Lobo Natalia Chavez hits one from the parking lot. 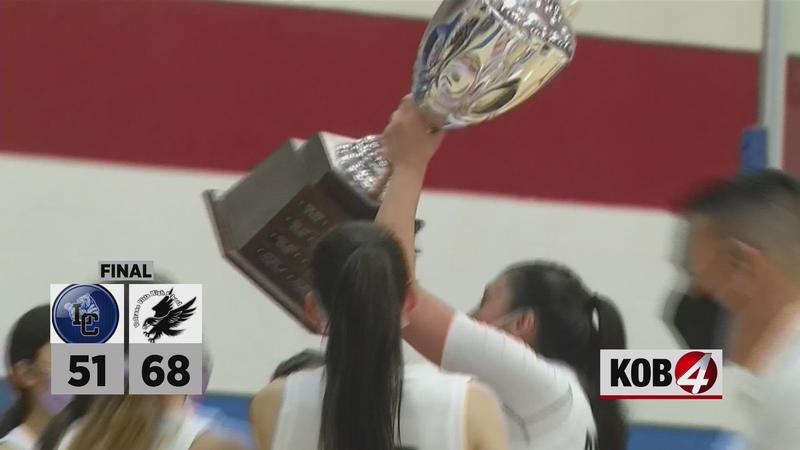