SANTA FE, N.M. – A push to expand voting rights and access in New Mexico took a step forward Monday at the Roundhouse, but it still has a long way to go.

Under a revised version of Senate Bill 8, which cleared the Senate Rules Committee on a party-line vote, more people would get registered to vote and thousands more convicted felons would be able to cast ballots.

In a change Monday, 16-year-olds are no longer included in the bill, but 17-year-olds could vote in any election as long as they would be 18 by the next general election.

Changing voting laws has sparked a lot of passion across the country, including in New Mexico.

“I’d like everybody to be able to vote. I think they’re trying to take people’s rights away as it is to vote,” Albuquerque resident Jonathan Jarden said.

“I feel everyone should be able to vote, regardless of their age, of their status. We’re all entitled to vote.”

Many are fighting for convicted felons’ voting rights.

“It’s about restoring the voices of those who have been silenced,” said Albuquerque resident Justin Allen, with America Votes.

And he would know.

He says he spent 17 years in state prison for drug crimes, and this exact bill would have helped him avoid waiting to vote for three more years after he got out.

In fact, America Votes reports this bill would get more than 10,000 such New Mexicans back in the voting booth.

Republicans like state Sen. Cliff Pirtle, who voted against the bill Monday, think convicted felons should be able to vote, but feel that allowing those rights during parole or probation is going too far.

Still, Pirtle supports much of what this bill is trying to change.

“I think there are a lot of tweaks that Republicans are more than willing to work with. It’s when they go that step too far that we get locked out of the equation and our concerns aren’t heard,” Pirtle said. “This is a huge shift in policy that I think deserves a long, hard look.”

“They have their reasoning. Some don’t want to be found. They don’t want their information to be public,” Pirtle said.

Gov. Michelle Lujan Grisham and Secretary of State Maggie Toulouse Oliver have previously stated they are pushing for this bill to go through.

“Here in New Mexico we are a leader on voting rights, and access, and election security all together,” Toulouse Oliver said.

The Senate Rules Committee spent more than eight hours on this topic over two days, including about four hours of public comment.

The bill still has to clear at least two more committees and both chambers, so now it’s a race against time.

Track SB 8 during the legislative session. 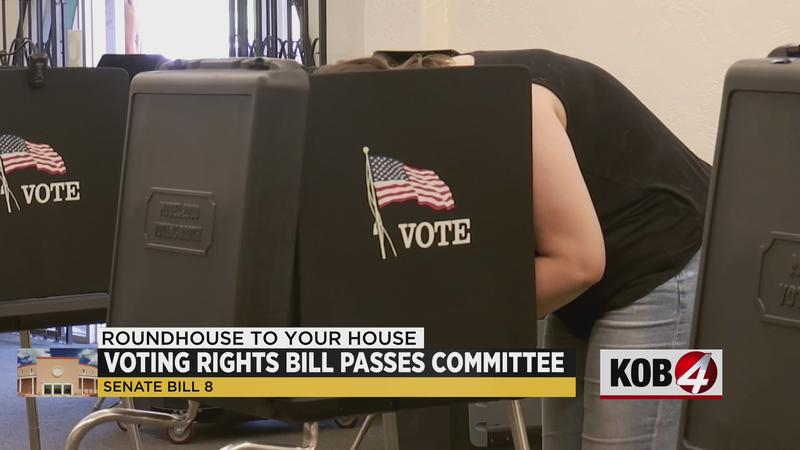