ALBUQUERQUE, N.M. — Lines have been steady at polling locations across the metro as voters cast their ballots in the race for New Mexico’s first congressional district.

Bernalillo County has 70 polling locations for voters to choose from, and the process itself takes about 10 minutes. Registration is also available on-site.

Registered voters will be asked for their name and the year they were born before receiving a ballot. Showing ID is not required for voters who are already registered.

Only voters who live in CD-1 can vote in the special election. CD-1 includes most of Bernalillo and Torrance counties, and parts of Sandoval, Valencia, and Santa Fe counties. 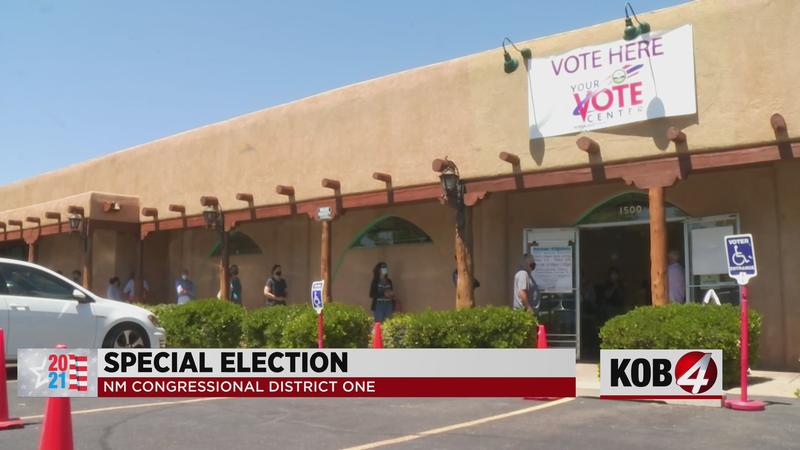 Bernalillo County Clerk Linda Stover is continuing to encourage people to make their voices heard by voting in this election.

"There is so much going on nationally right now and we need a voice in Washington that’s going to represent us. We need Wi-Fi, we need childcare, we need something to do with interstates, with crime—people in Washington can speak for us so we need to pick that person,” Stover said.

According to early voting results, about 93,000 people have already cast their ballot. More than half of those votes were from registered Democrats. Compared to the general election last November, more than 160,000 people voted early.

KOB 4 spoke with some voters on Election Day to see how they felt about the process.

"Very easy to vote. Feels very patriotic to vote. It’s something that I think every person needs to do,” said Leona Mirabal, a voter. “It is definitely our duty to do that with the amount of people that bled and died for our right to vote.”

Polls will be open until 7 p.m.