Wally Funk fulfills dream of visiting space, becomes oldest person to do so

ALBUQUERQUE, N.M. – Wally Funk soared into space this morning, becoming the oldest person to make the journey at 82 years old.

She touched back down to earth this morning on Blue Origin.

Funk was one of four people onboard, including ex-Amazon CEO Jeff Bezos and his brother Mark Bezos.

"I felt so charged… I was not nervous. I was just a normal, normal person going up into space and that’s what I wanted to feel,” Funk said.

Funk and the crew traveled at a speed of Mach 3, or at around 2,301 mph, and experienced weightlessness for three or four minutes. 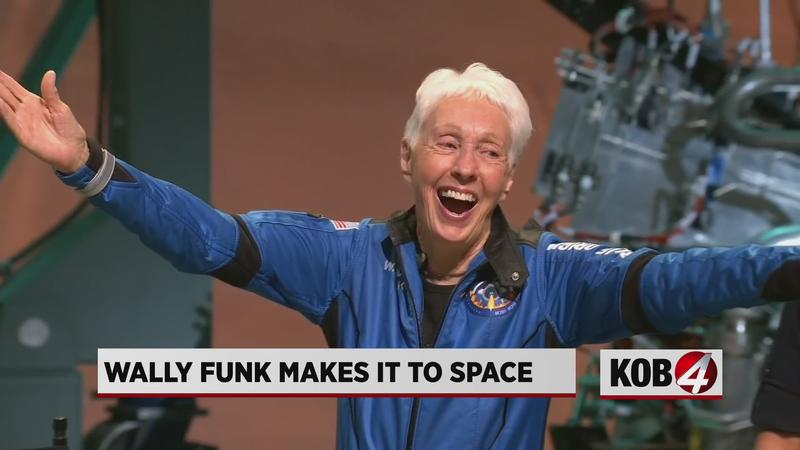 "We had a great time. It was wonderful. I want to go again, fast!,” Funk said.