Warrant: ‘Rust’ assistant director admits he ‘should have’ checked all rounds

ALBUQUERQUE, N.M. – A new search warrant filed Wednesday revealed more about safety precautions on the set of “Rust”- or in this case a lack of them.

The big question is how did a live round – believed to be a real bullet – end up inside the gun Baldwin fired on set at the movie ranch. KOB 4 learned that’s still being investigated.

In a new search warrant filed Wednesday – it’s clear not all safety protocols were followed on set. According to the warrant, the movie’s assistant director – David Halls – told investigators safety protocol on set requires him to check the barrel for obstructions. The armorer, Hannah Gutierrez, opens the hatch and spins the drum, before he says cold gun on set. Halls said when Gutierrez showed him the gun before rehearsal, he could only remember seeing three rounds and admitted he should’ve checked all of them but didn’t and could not recall if she spun the drum.

Santa Fe Country Sheriff Adan Mendoza said they know there was at least one live round inside the prop gun Baldwin fired, but investigators suspect there were even more live rounds that were kept on set. During the press conference, the sheriff was asked about the use of real weapons on set.

In the search warrant revealed Wednesday, “Rust’s” armorer Hannah Gutierrez told investigators no live ammo is ever kept on set. But clearly that wasn’t the case on the set last week.

Investigators seized 500 rounds of ammo from the set – including blanks, dummy rounds and live rounds. The fundamental difference between a live round and a blank is that a blank does not contain a lead projectile on the end of it, where a live round would. So, clearly what Gutierrez told investigators about live ammo on set wasn’t true.

During Wednesday’s news conference, the sheriff talked about safety on movie sets and how a live round should have never made it to the set in the first place. 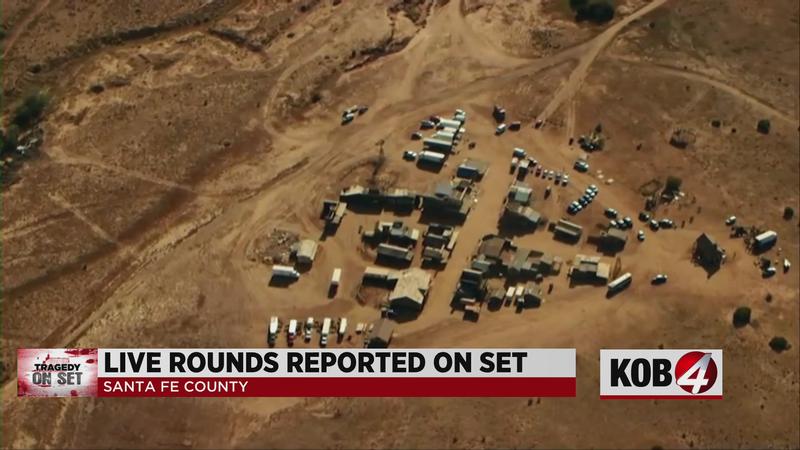