ALBUQUERQUE, N.M. – One Albuquerque family is one small step closer to getting justice for their loved one.

Police named two teen suspects in the shooting death of Elias Otero, and this isn’t the only crime they’re suspected of.

"We’ve been waiting a really long time for this day and when we did find out about it we were just ecstatic, we hugged each other and we were just happy about it." said Alicia Otero, Elias’s mom.

She is just a little closer to getting justice for her son. He was shot and killed outside his southwest Albuquerque home in February.

"He went out there to protect his brother and he walked outside and from the car and my car, they just opened fire. They shot my son five times, he didn’t even have a chance. I watched my son die right in front of my face."

KOB 4 spoke to Alicia multiple times this year as she’s continued her quest for justice.

“We’ll never be okay. We’re gonna have to live with it for the rest of our lives,” Alicia said. "I’m gonna push for justice. I really am. They messed with the wrong mama, let me tell you."

According to the warrant, Dukes, Avila, and others carried out more than one carjacking.

The warrant said Dukes lured a victim to Alvarado Park in northeast Albuquerque on Feb. 10. There, that victim said two armed men carjacked him. In this case, no one was hurt.

The next day, Dukes allegedly lured Elias’s brother to the same park but things did not play out the same way.

"My youngest son was carjacked and they didn’t want just the car, they wanted money too. So my youngest son drove to my older son – Elias’ house. My older son came out to protect his brother and he was gunned down,” Alicia said.

Court filings detail that in the following months, police got warrants that gave them access to social media records and phone records for Dukes.

Through those, they were able to connect Dukes to Avila. It turns out, this isn’t the first homicide Avila is believed to be involved with.

The documents also connect Avila to a homicide at Lasseter Park in August 2020.

Police are now searching for both Dukes and Avila.

"We want them to stay behind bars and keep them behind bars,” said Luiz Otero, Elias’s dad. “We don’t want this happening to somebody else’s family." 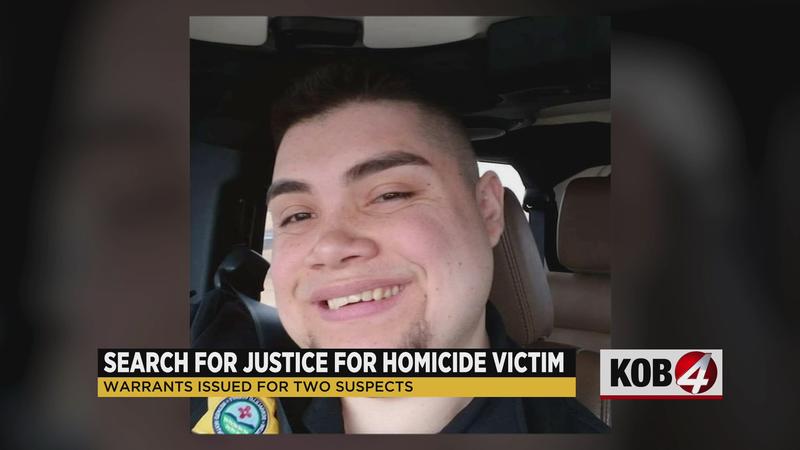